Behind the Design: Rebel Girls 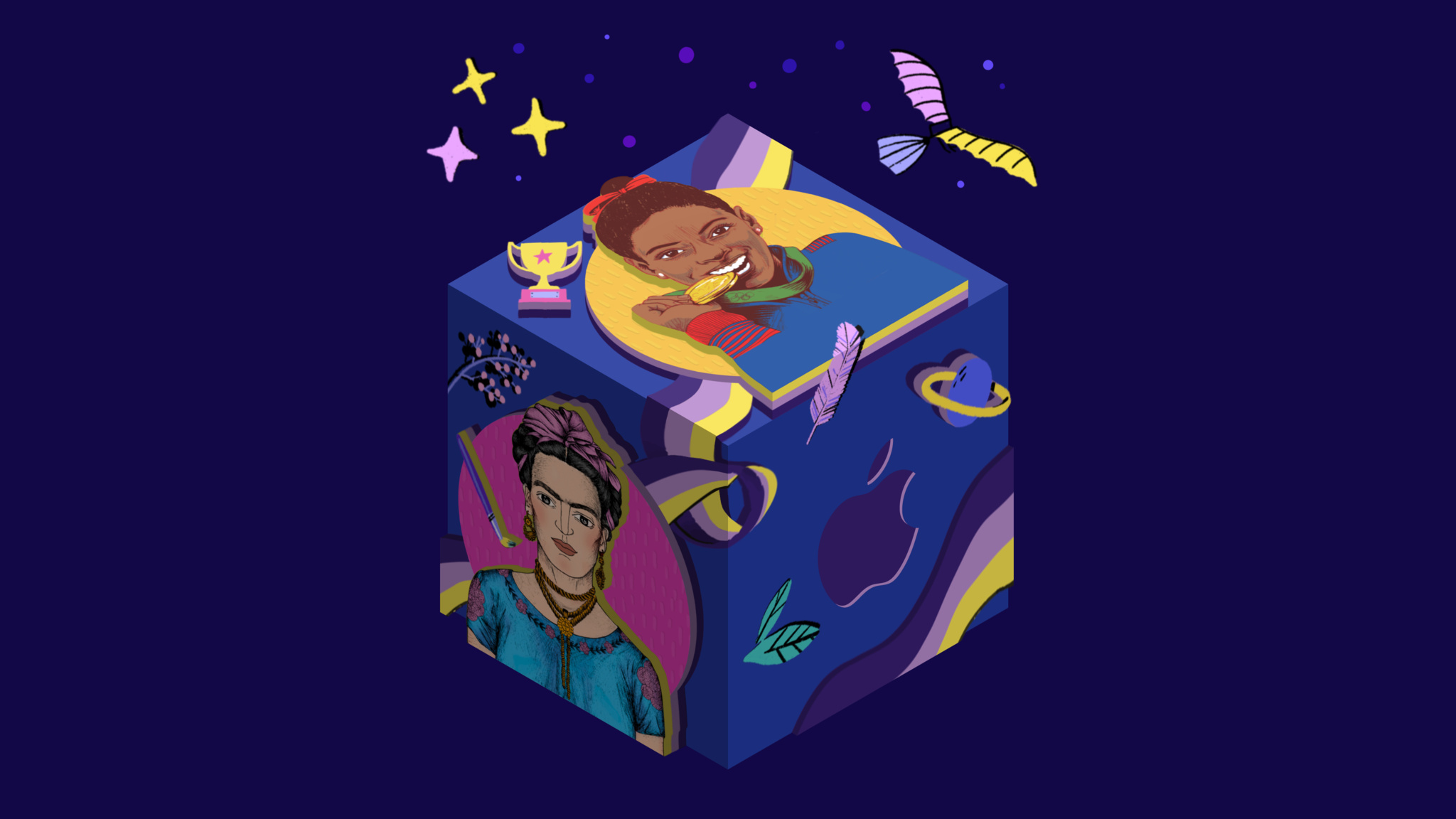 Like the groundbreaking women it spotlights, the Rebel Girls app has a remarkable story.

It began a mere six years ago with a book called Good Night Stories for Rebel Girls. Written and art-directed by Elena Favilli and Francesca Cavallo, the premise was simple: amplify the stories of history’s most influential women.

The result? Not so much an amplification as a worldwide shockwave. Good Night Stories quickly became one of the most successful publishing campaigns in Kickstarter history and Favilli and Cavallo soon found themselves with an entire Rebel Girls franchise. To date, the brand has sold more than 8 million books, been translated into nearly 50 languages, and seen more than 18 million downloads of its podcast. And the Rebel Girls app, launched just over a year ago, recently won an Apple Design Award for Social Impact.

“We’re creating an omnichannel for girls,” says Jes Wolfe, CEO of Rebel Girls since April 2020. “The app takes the best of our books, podcasts, and audio stories and puts them into a flagship destination.”

The Rebel Girls app uses immersive audio experiences, gorgeous art, and clever interactive elements to spotlight its historic heroines. The women span cultures and centuries: You can get inspired by the careers of Ruth Bader Ginsburg, Amanda Gorman, and Mae Jemison; explore the creativity of Frida Kahlo, Taylor Swift, and Joan Jett; learn about athletes like Simone Biles, Megan Rapinoe, and Chloe Kim; dive into historical icons like the pharaoh Hatshepsut, the pirate Grace O’Malley, and the Egyptian astronomer Hypatia; and much more. Each story is accompanied by immersive soundscapes and original illustrations from female and non-binary artists.

Olympic gymnast Simone Biles is one of the many world-class athletes spotlighted in Rebel Girls.

Rebel Girls also deepens the stories of its paperbound cousins: While book blurbs are around 300 words, a podcast or audio version can number closer to 2,000. “Everything we do needs to be in support of storytelling,” Wolfe says. “We don’t need a whole lot more, because the stories are so rich and empowering.”

Wolfe’s current focus is the new book Good Night Stories for Rebel Girls: 100 Inspiring Young Changemakers, the fifth title in the Good Night Stories series and one that focuses on women under 30. “It’s the first time we’ve done something 100 percent contemporary,” says Wolfe. Arriving Oct. 4 and featuring a foreword by Bindi Irwin, it spotlights such modern luminaries as Greta Thunberg, Bethany Hamilton, Zendaya, and the Linda Lindas. Those stories and others may well cross over to the podcast and app as well. But regardless of where it appears, that story is always the cornerstone.

‘This is really an audio experience’

The Rebel Girls app started out as something very different: hardware. “The initial idea was a speaker with a projector attached to it that would go on a girl's bedside table,” says Wolfe. “The plan was to showcase the stories on the wall or ceiling.”

But the team had little experience with hardware, and wanted to move faster than the plan allowed. “The thought became, ‘How can we do audio theater?’” says Wolfe. “The app came from that. And Ter’s job was to adapt the artwork.”

The app’s Discover page is filled with colorful illustrations and diverse art styles.

Ter is Terenig Topjian, art director and UI/UX lead for the Rebel Girls app. He’s been with the project since Day 1, art-directing illustrations and backgrounds and aligning the app’s design with the well-established Rebel Girls aesthetic and purpose. “The design is essentially a container for the stories,” says Topjian. “[It] should be beautiful and memorable, but it shouldn’t be flashy. This is really an audio experience.”

The thought became, "How can we do audio theater?'

At the time, it was also a very relaxing audio experience. The earliest versions of the app — then titled Rebel Girls Dream On — focused on sleep stories. “That’s part of why you see such toned-down colors and an uncluttered look,” says Topjian. But with time and testing, the team found that kids and parents were listening not just at nighttime but on the way to school, while cleaning up their rooms, or just hanging out. As the use cases expanded, the app became simply Rebel Girls.

While the app’s look and feel might have been quiet, its development pace was anything but. The team typed its first lines of Swift code in early January 2021; just five months later, Rebel Girls soft-launched on the App Store.

“The reason we went from zero code to being quietly live five months later was to get actual data of people using the app,” says Wolfe.

Those early months involved a near-constant flow of prototyping. The team partnered with 80 families who supplied timely feedback on story content, wireframes, and even the color palette. “I remember testing out this one color and asking for the kids’ thoughts, and so many were like, ‘No no no, the book is this color,’ and it’s of course that bold dark,” says Wolfe. “The families helped with everything.”

‘It’s not really a kids’ design’

When it came to visual design, the original Good Night Stories provided much of the inspiration for the app’s interface, typography, and more. “It’s a dreamy style — pastel colors, imaginative illustrations — that’s at the core of the Rebel Girls branding,” says Topjian. “But while it’s dreamy in the literal sense, it’s also metaphorical: We want it to feel aspirational, to convey dreams and confidence.” 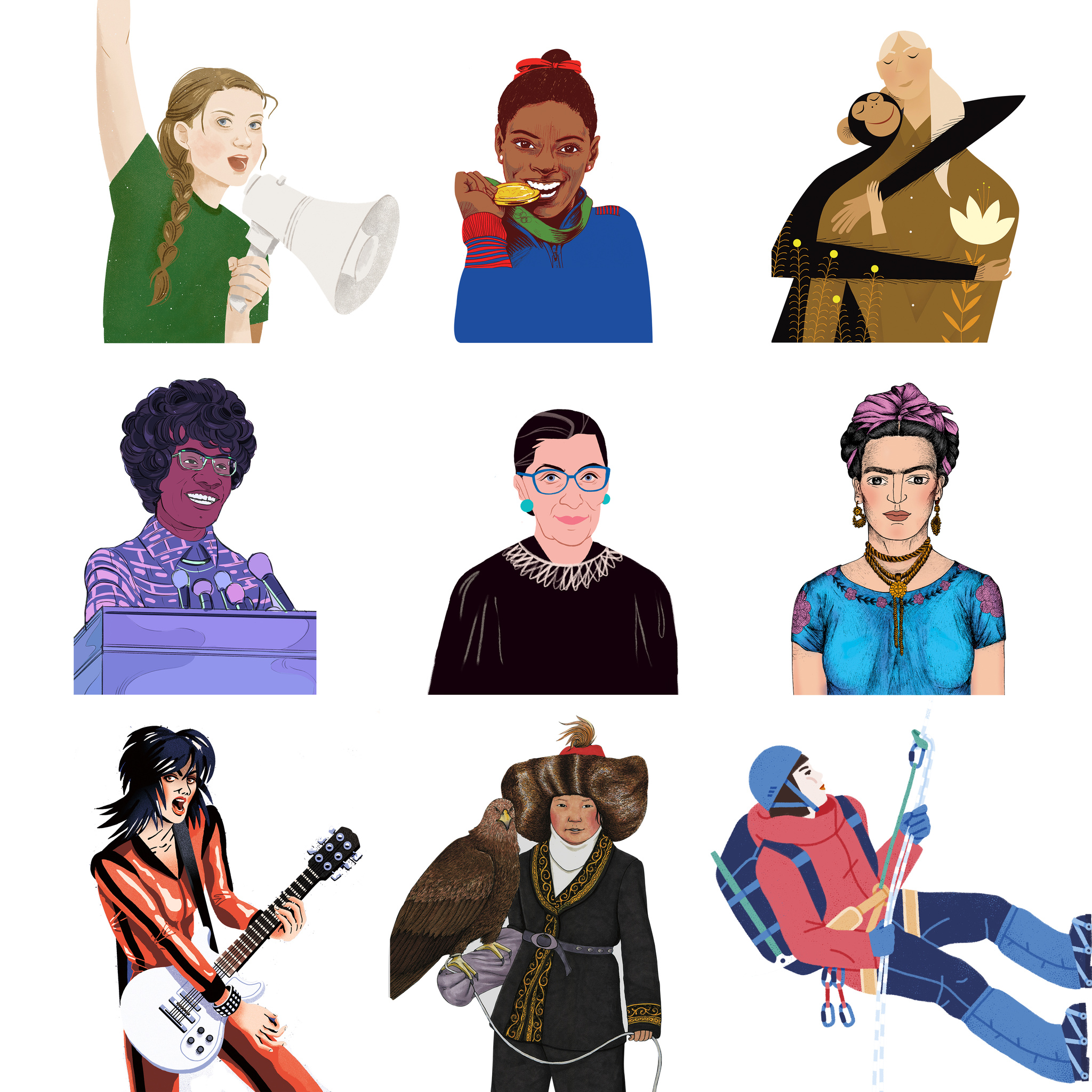 To that end, Topjian and team adopted a running strategy for the work. “We treated each piece of artwork like a little movie poster,” says Topjian. Framing it that way helped the team communicate a piece’s mood while providing a chance to integrate little details about the subject — "just as a great movie poster does,” he says.

The people who create the artwork should be as diverse as the subjects we profile.

A typical Rebel Girls story begins with the company’s in-house creative teams, who select subjects and match them with a writer, illustrator, and producer. At any given time, there are a half dozen or so stories in the works; two new ones appear in the app every week.

That creative team is diverse by design. “We pride ourselves on creating a platform for a plurality of voices,” says Wolfe. “Representative storytelling — having this huge stable of illustrators, writers, editors, narrators, and producers — is in our DNA.” To date, Rebel Girls has worked with more than 400 artists from more than 50 countries; their Good Night Stories book 100 Real-Life Tales of Black Girl Magic was illustrated entirely by Black artists, while 100 Inspiring Young Changemakers was drawn by artists under 30. “The people who create the artwork should be just as diverse as the subjects we profile,” says Wolfe. 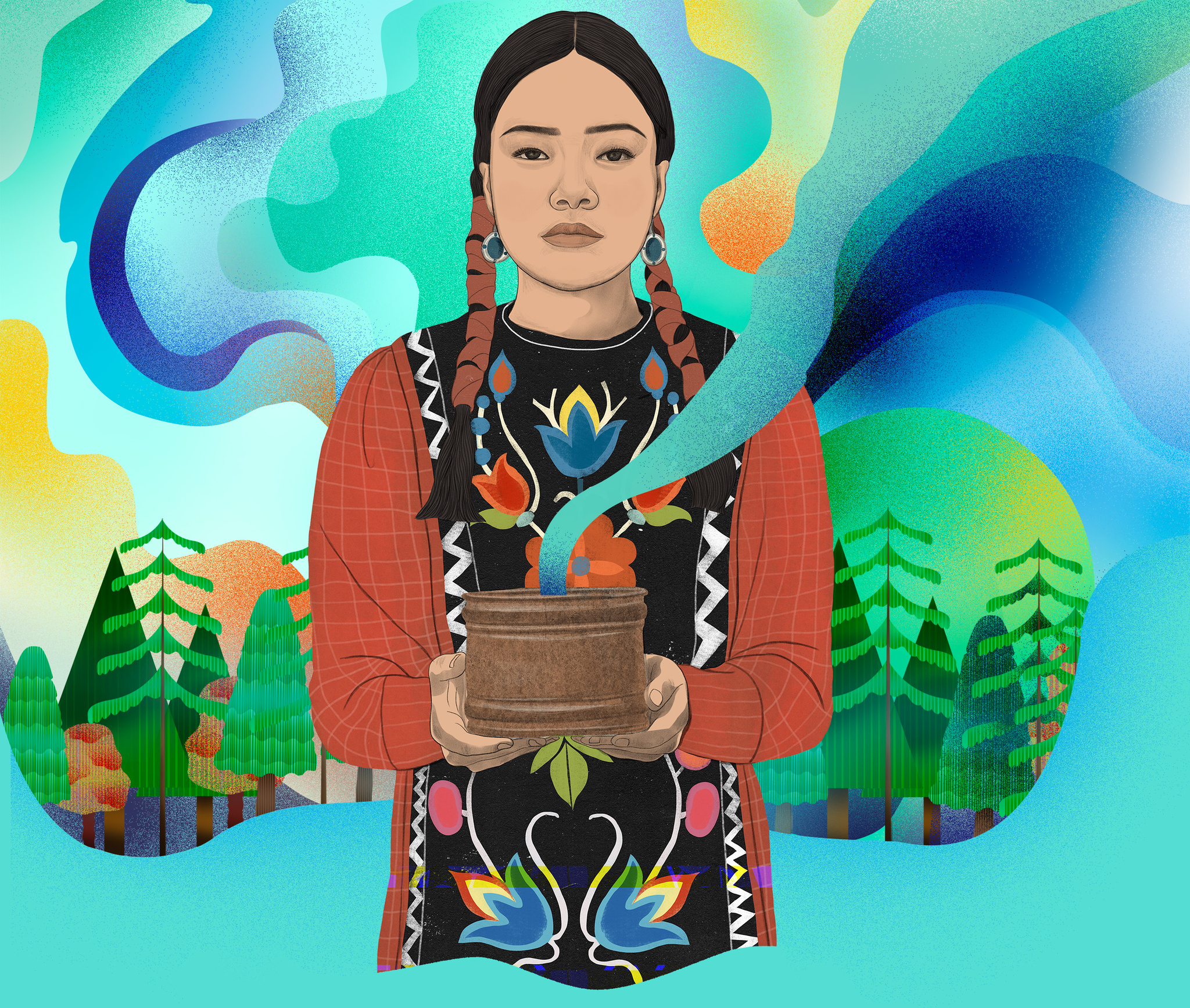 Each story features interactive elements and Easter eggs to enhance the narrative. The artwork for indigenous rights activist and clean water advocate Autumn Peltier integrates colorful waves; illustrations for designer Isabella Springmuhl Tejada are based on her own clothing and work. “For [meterological scientist and entrepreneur] Paige Brown’s illustration, we created a patterned skyscape full of the balloons that carried her experiments,” says Topjian. “This piece was also a sleep story, so we created an illustration with darker tones and a beautiful night sky.”

The interface feels almost tactile — all the buttons and icons are hand-drawn — and is geared mostly toward the primary audience of 6- to 12-year-olds. But Wolfe says 60 percent of Rebel Girls books and 70 percent of their podcasts are experienced together. “We design everything to be enjoyed by parent and child,” says Wolfe. “That’s why it’s not really a kids’ design.”

Establishing that balance — the sense of being a kids’ app that doesn’t entirely feel like a kids’ app — is part of what drew Topjian to the job in the first place. “We think of it as an elevated kids’ app,” Topjian says. “It’s sketchy but it doesn’t feel scribbled. As a designer, I really appreciated how they treated the child as a person who’s growing.”

As you might expect from such a young app, Rebel Girls is a work in progress. “We’re learning and trying and experimenting,” says Wolfe. “It’s kind of like a live demo.”

Currently, the team is experimenting with more interactive content like polls, quizzes, and solicitations for reader submissions — like art for a soundscape on a bird sanctuary. The app is also leaning into shorter, snackable stories that clock in around five minutes. And Rebel Girls’ new paper book will feature QR codes that link to the audio version of a subject’s story in the app.

Wolfe is certainly pleased about the attention the app has received in such a short time from young girls and families, but she says her most surprising feedback came from a demographic she wasn’t expecting. “We get emails quite frequently from 14-year-olds and 19-year-olds who say, ‘Look, we may be too old for this, we're not your target audience, but we love these stories so much. They're just like a constant source of inspiration in our lives.’ That's pretty great.”