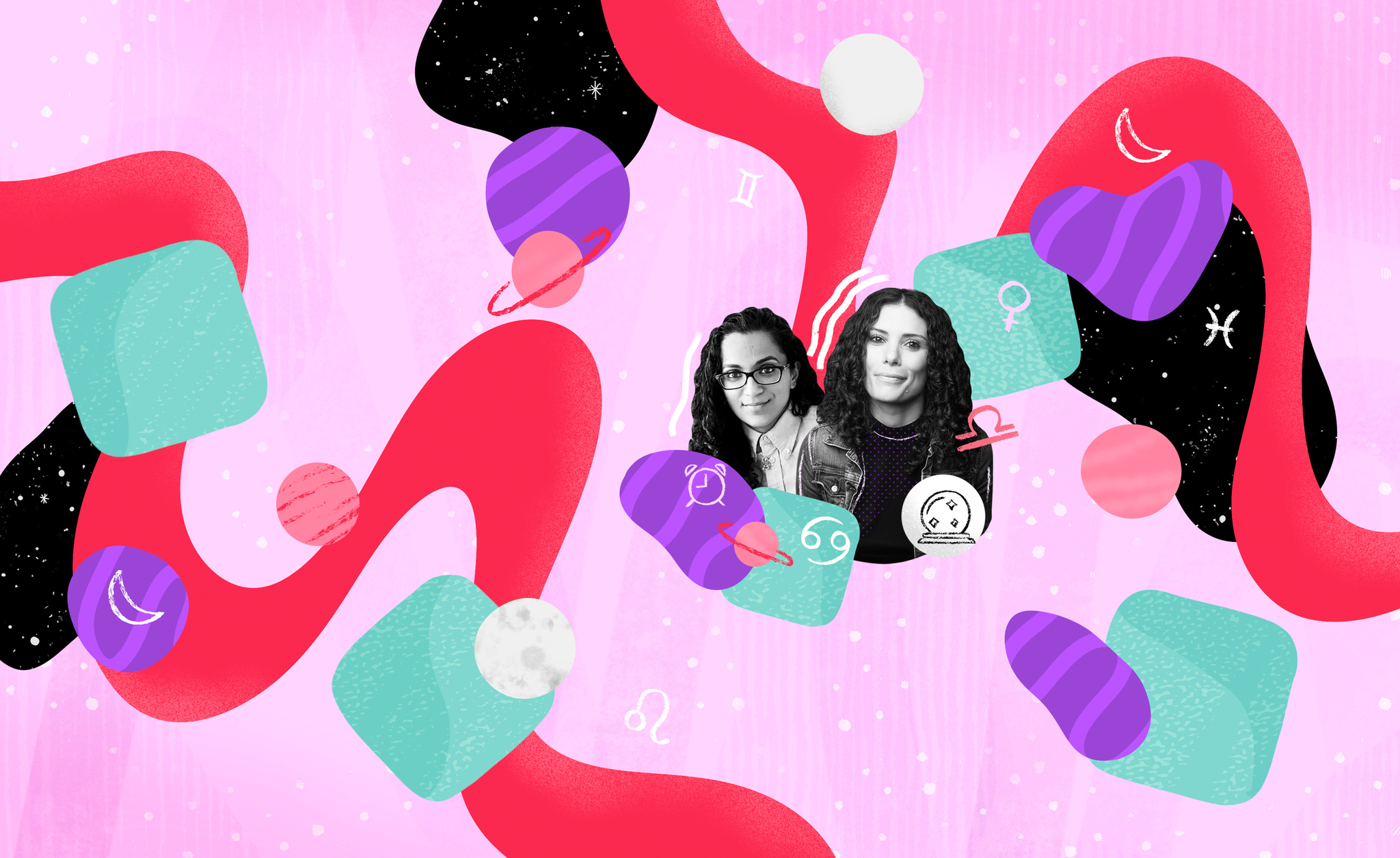 In the universe of astrology, Chani Nicholas is a shining star — she has a New York Times best-seller (You Were Born for This: Astrology for Radical Self-Acceptance), a massive and devoted podcast audience, and a huge social media following.

With Chani, Nicholas says, she wanted to provide an experience only an app could, by “creating a personalized guide through life’s ups and downs.”

If you’re accustomed to reading astrology in short blurbs, Chani will be a revelation: Extensive horoscopes and birth charts deliver insights based on your birth date and time, and the current position of every planet (and Pluto). 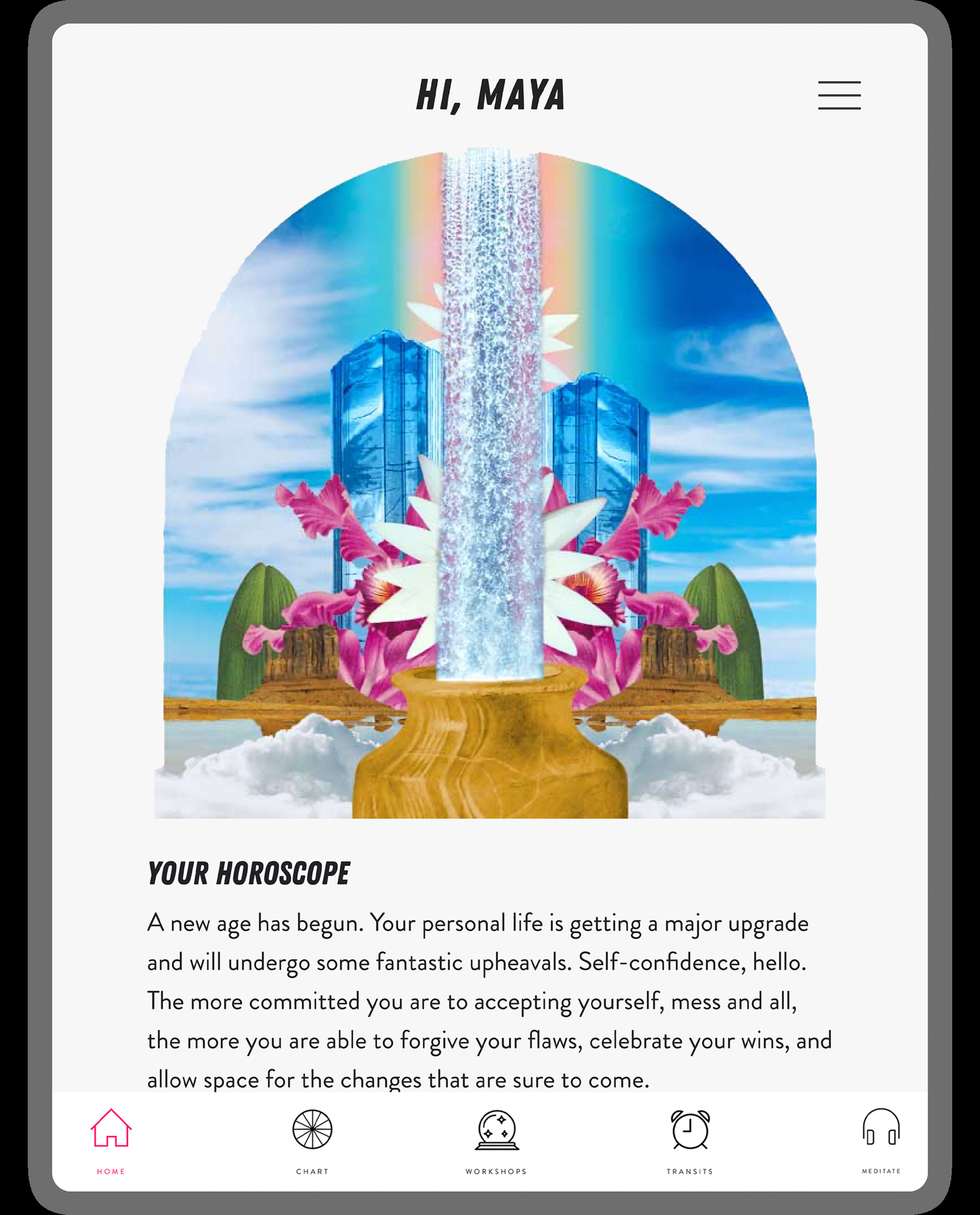 There’s more to Chani than (really comprehensive) horoscopes. Guided meditations, journal prompts, and more are core to the experience.

Equally important to Nicholas are the app’s social justice initiatives: Chani was built by AnnieCannons, a queer-led development group whose engineers are predominantly survivors of human trafficking or gender-based violence. And 5 percent of the app’s revenue goes to survivors of gender-based violence through FreeFrom.org, an organization run by Nicholas’ wife, Sonya Passi, who also serves as CEO of Chani Nicholas Inc.

We caught up with Nicholas and Passi to discuss the importance of creating a dialogue with your chart, and how all Geminis aren’t the same.

Why did you decide to develop an app?

Nicholas: I’ve taught workshops online for the past six years; they were really successful, but they were delivered in a fairly archaic way. Building an app seemed like the most organic thing to do next.

Passi: It was important for us to make this system of knowledge extremely accessible. We talk about the app being the blueprint of your life in the palm of your hand. But we don’t want to just give your horoscope in tidbits; we want to give you the tools to be in a constant dialogue with your own chart.

The app is full of very specific, personalized information. Who provides all the content?

Nicholas: Every single word is written by me and a team of astrologers who have years, if not decades, of experience. And the planets never stop moving! Whatever you write is gone by the end of the week. 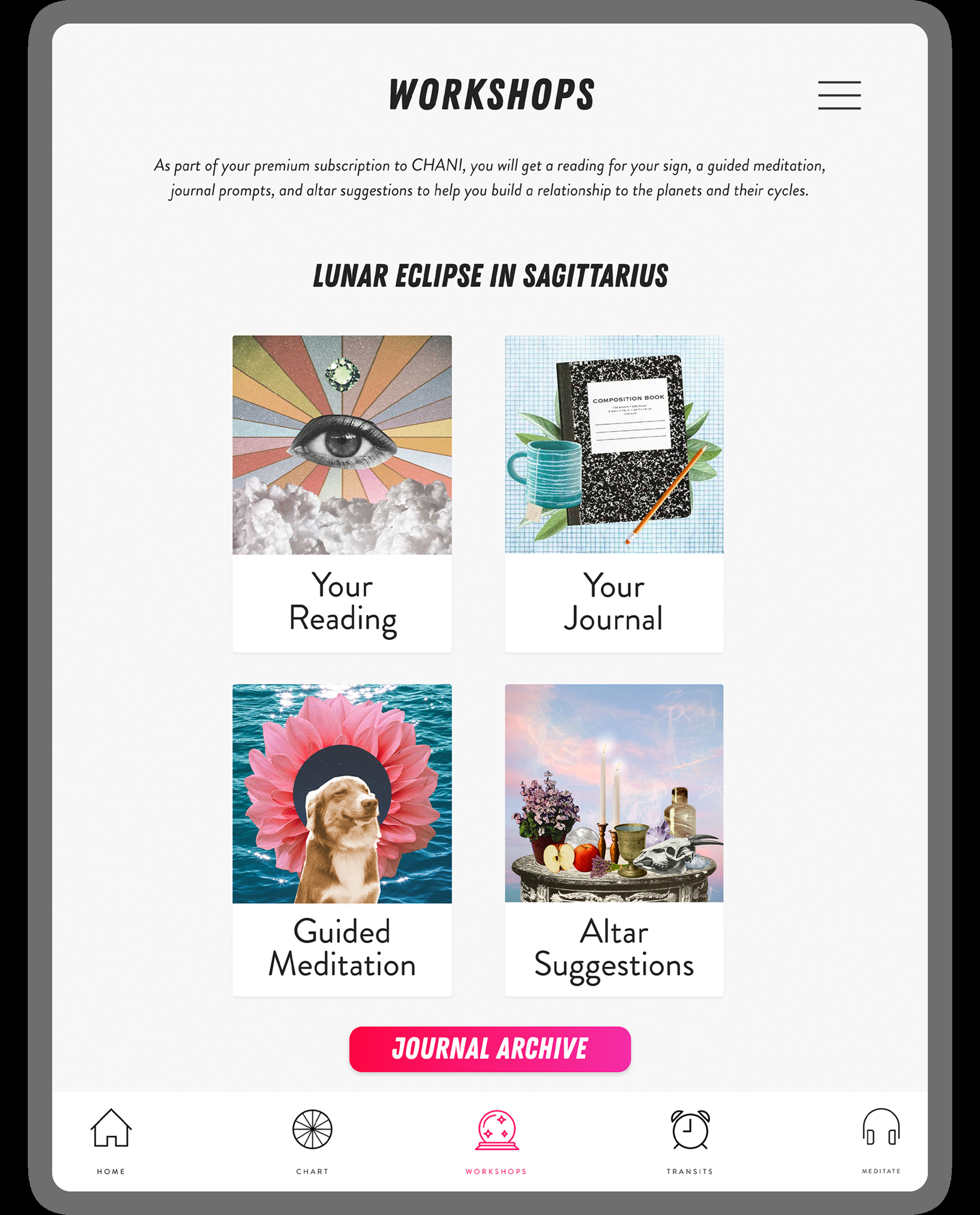 The app includes workshops designed to bring you into a closer relationship with your chart.

Nicholas: What I note from people is how it’s become a ritual: listening to the podcast, doing the workshops, checking in. It’s evolving in a way where people are making it part of their self-care; there’s such community participation. On Sundays and Mondays, people post a lot of weekend pictures of themselves in the bath to social media. I hope their devices are OK!

What were the early days like after you launched the app?

Passi: I must have answered about 1,200 customer service emails! We’ll look back on that time with turned stomachs and tremendous fondness, because that’s the beauty of it, right? The struggle and the success, seeing it all come together and remembering what you did to get it there. Now — and I’m certain a lot of app developers feel the same way — the ideas are coming faster than we can build.

What can astrology mean to the world today?

Nicholas: It really can feel empowering to know things about yourself, but it’s also about having a relationship with the story. People whose sign is, say, Gemini — the world tells them what they are, based on that. But obviously, everybody with the Gemini sign is very, very different. I wanted to subvert things and have you be more on the inside of your chart.

Passi: I didn’t know a lot about astrology before Chani and I met. Once I did learn, it felt like my life began. My healing journey began. My acceptance of who I am and what I’m here to do began. It’s important to me that everyone can have that.

Learn more about CHANI on the App Store