Behind the Design: Sayonara Wild Hearts 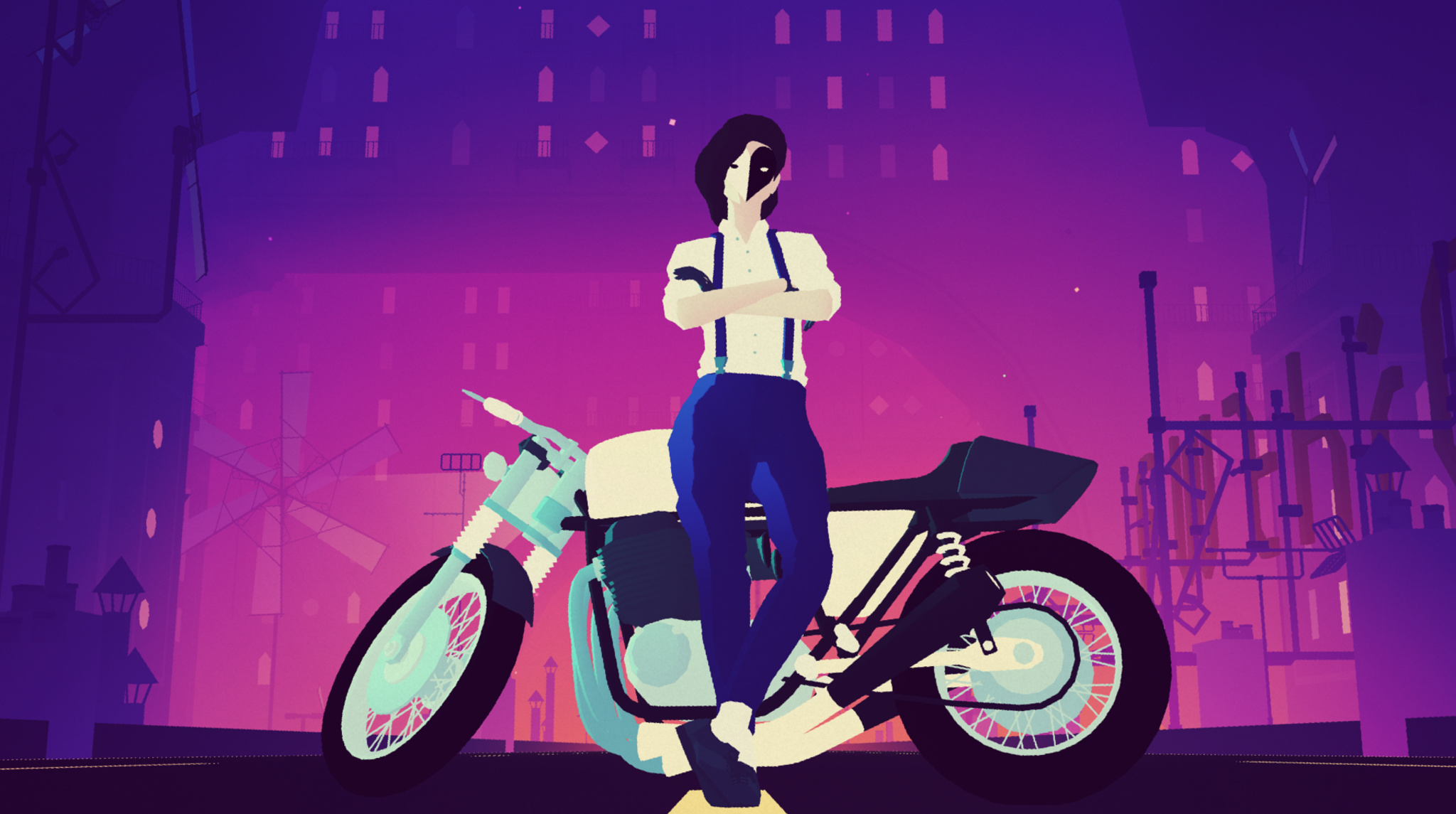 Art can reflect emotions we can’t process in spoken word alone: Paintings capture these feelings in color and scale, films reflect our world back to us through new light, and music puts melody to the words we don’t know how to — or cannot — say.

The road of relationships is particularly well-traveled where art is concerned. Sayonara Wild Hearts, however, uses the approachability of the topic and transforms it into an exploration on lost love, finding independence, and moving on. Ever-shifting gameplay and an electrifying beat capture the stages of reflecting on a broken relationship, illuminated by a psychedelic canvas of bright rainbow colors and geometric shapes.

“This is a game that is very much about the music,” says Simon Flesser, who along with his co-founder Gordon Gardebäck makes up the game company Simogo. While the two have often created playlists of brainstorm music and scoring for their games, the conceit for Sayonara was unique: What if you could take the ubiquity of the breakup album and make it interactive through the best tropes of 80s and 90s arcade games? 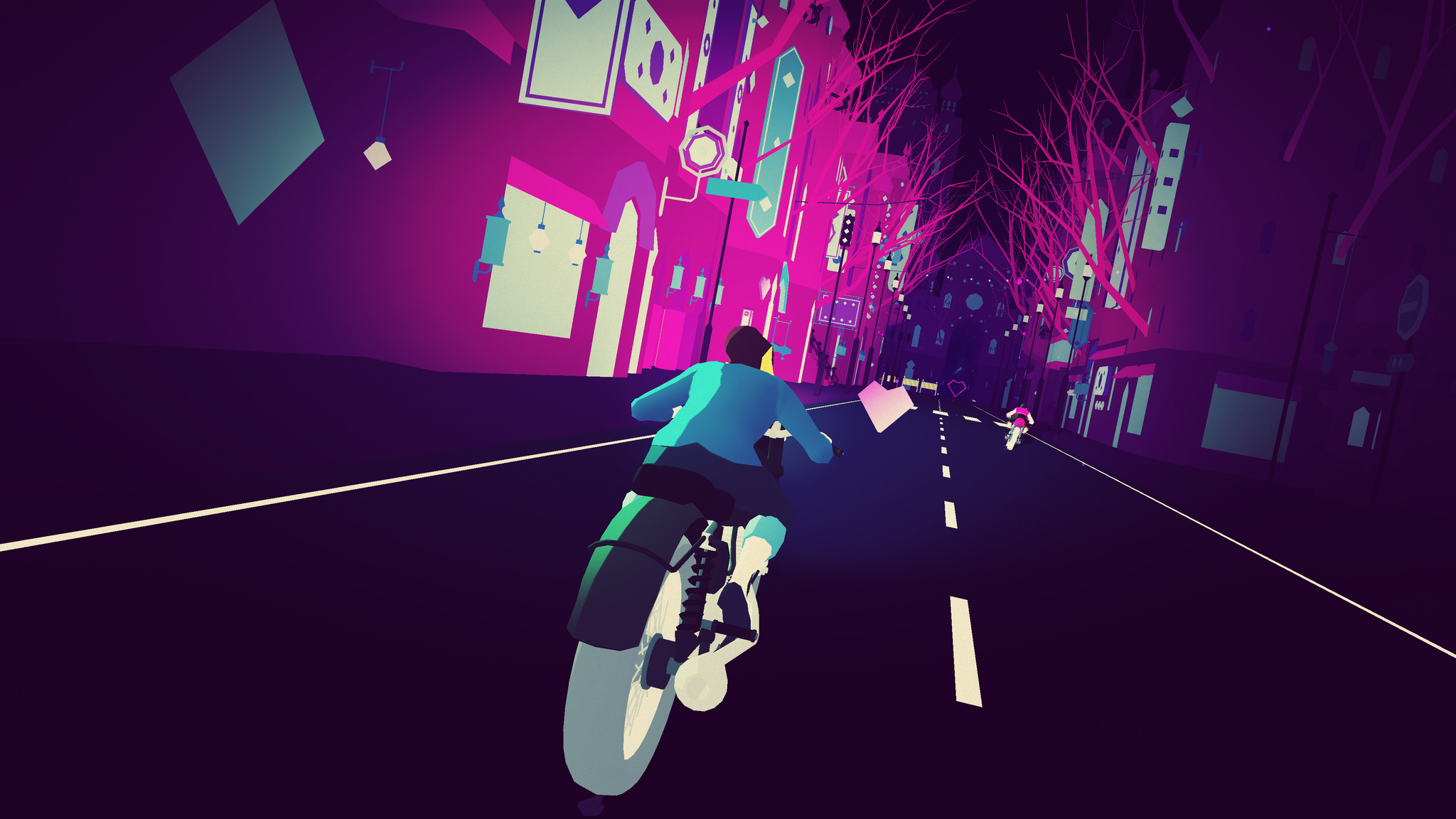 “We wanted everything in the game to echo that sense of approachability,” Flesser says. “[And] we naturally fell into the idea of wanting to make something that felt like the arcade games we great up with and played when we were young.” Games like Star Fox provided inspiration for the team, as did the musical integration through titles like Rez. “We [also] often try to find inspiration in things we don’t necessarily like, but see the potential in,” Flesser says. “We looked at games that use video a lot… where those game fail in interactivity, they really succeed in spectacle. So we wanted to try and capture that feeling, while not losing the feeling of being in constant control of the game.”

To capture the musical foundation for the game, Simogo began with a large playlist of music that represented the essence of the project. “It started very differently, with a much more sinister tone,” Flesser tells us. The game’s prototype reflected this darker style — until, one day, an overly energetic pop song from the playlist came into rotation during a playtest. 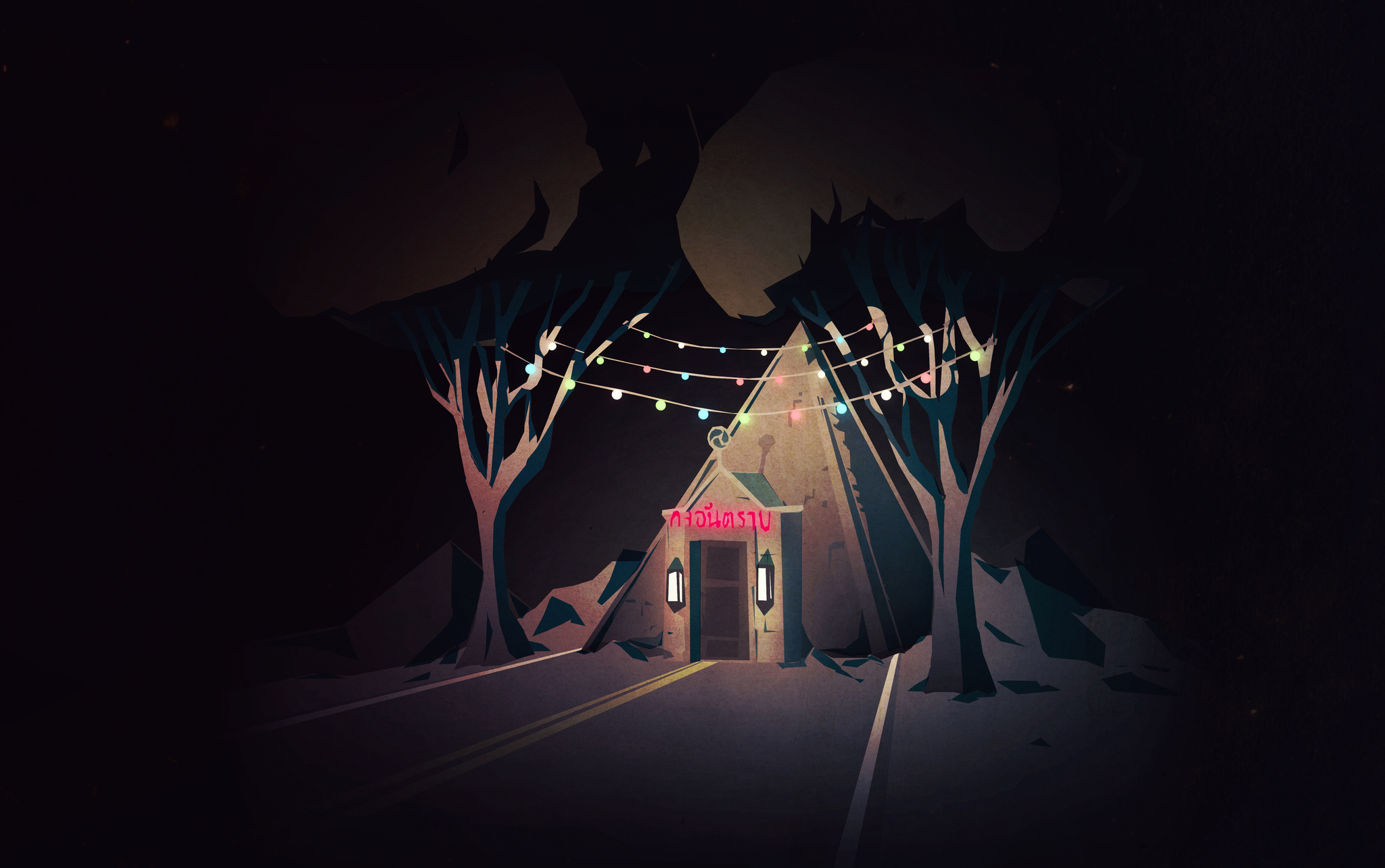 “It just clicked,” Flesser says. “I literally said [to the team], ‘This is it.’” They began writing original pop songs around this new tone the very next day. And as the new songs came into focus, the prototype’s color scheme began to shift as well. “[The songs] were in hues of purple and pink and blue,” Flesser says. “It painted the game for us, the music.”

Go with what your heart tells you and what your gut tells you… Because I think that's the only way that you will get something that feels like it has something to say or that it's an honest piece of work… once you start thinking too much about what you're making and what you're trying to say with it, then there's some kind of intangible magic lost because the project needs to tell you what it is instead of you telling the project what it is.

Simogo continued playing with recognizable themes and objects as the team refined characters for Sayonara. “[Characters] are all based on cards from the Major Arcana deck,” Flesser says. The tarot cards also influenced some of the broader conceptual designs and bigger items like the vehicles driven by various game characters.

Within the tarot card frame, Sayonara’s distinctive colors and geometric shapes create contrast between characters and the background, providing crisp views as people play through the game’s chapters with taps and swipes. “We needed to work with very simple shapes and distinctive colors because it's just swooshing by… you can't have much detail,” says Flesser. “We worked a lot with the contrast between dangerous stuff, positive stuff, characters, vehicles.” Each of these items was both differently colored and shaped to provide the maximum best possible contrast. 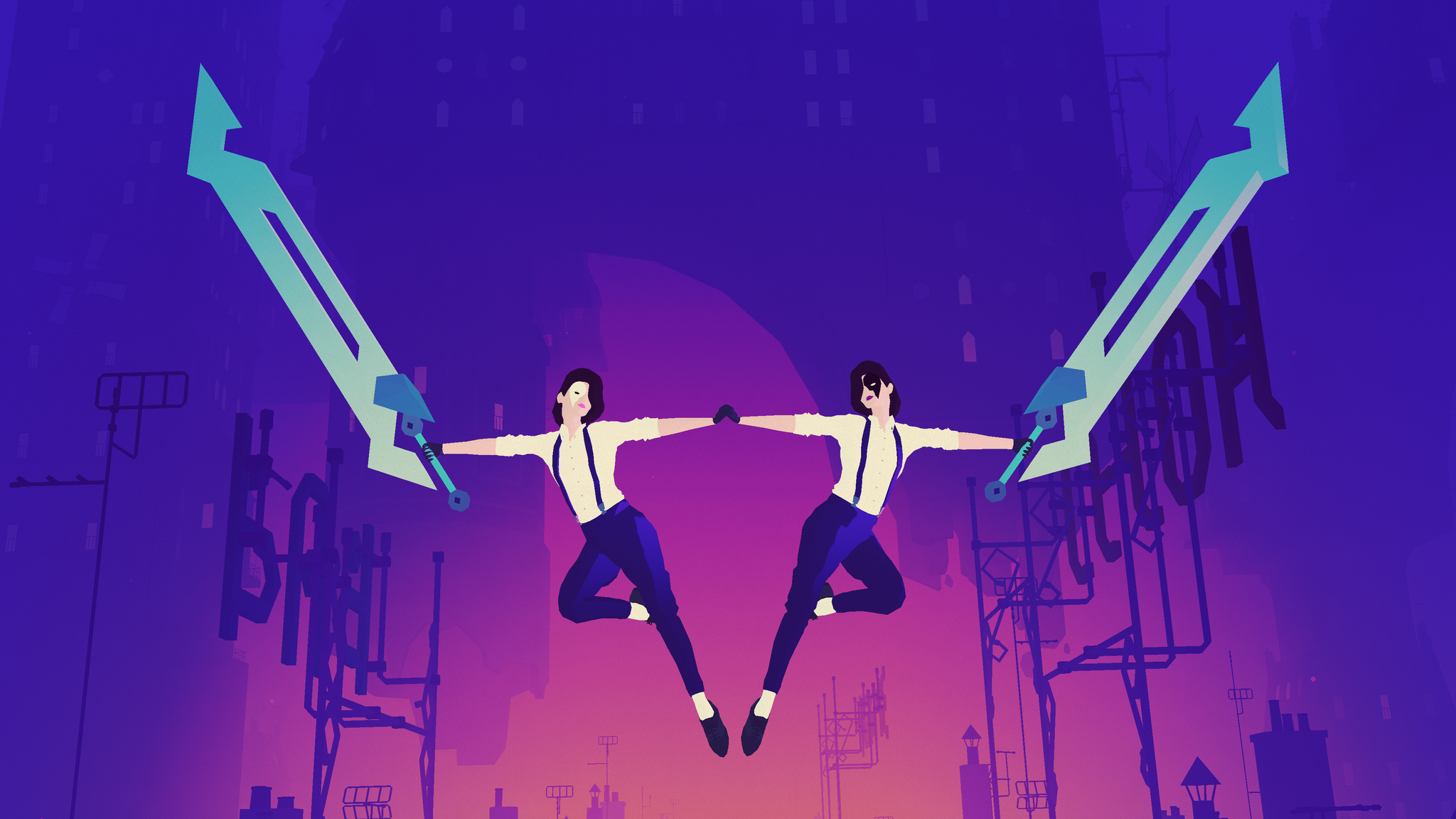 Because the game moves so fast, it was imperative to create controls both easy to follow and intuitive to use. As such, the team intentionally kept the controls platform agnostic. This also helps the game live equally at home on a touchscreen, third-party game controller, or Apple TV remote. “We opted for a more swiped base input for gameplay so that the player avatar moves when the player actually moves their finger,” Flesser says.

Swipe controls continued to evolve as the team tested prototypes, with the game’s constant camera movements and zooms being a particular challenge. "We definitely learned a lot about feedback in 3D space versus 2D space,” Flesser says. “The same type of movement will feel radically different depending on how far away the camera is [and] how much the camera moves versus how much it rotates around its own axis or around the player avatar axis.”

To smooth the experience, Simogo adjusted swipe responsivity and feedback to the camera’s active perspective and zoom level, while keeping the character in the same relative space.

Together, this kind of care and design work in harmony to make Sayonara Wild Hearts a standout game on Apple platforms. Flesser had this to say about the game’s journey to Apple Design Award-winner:

Learn more about Sayonara Wild Hearts on the App Store