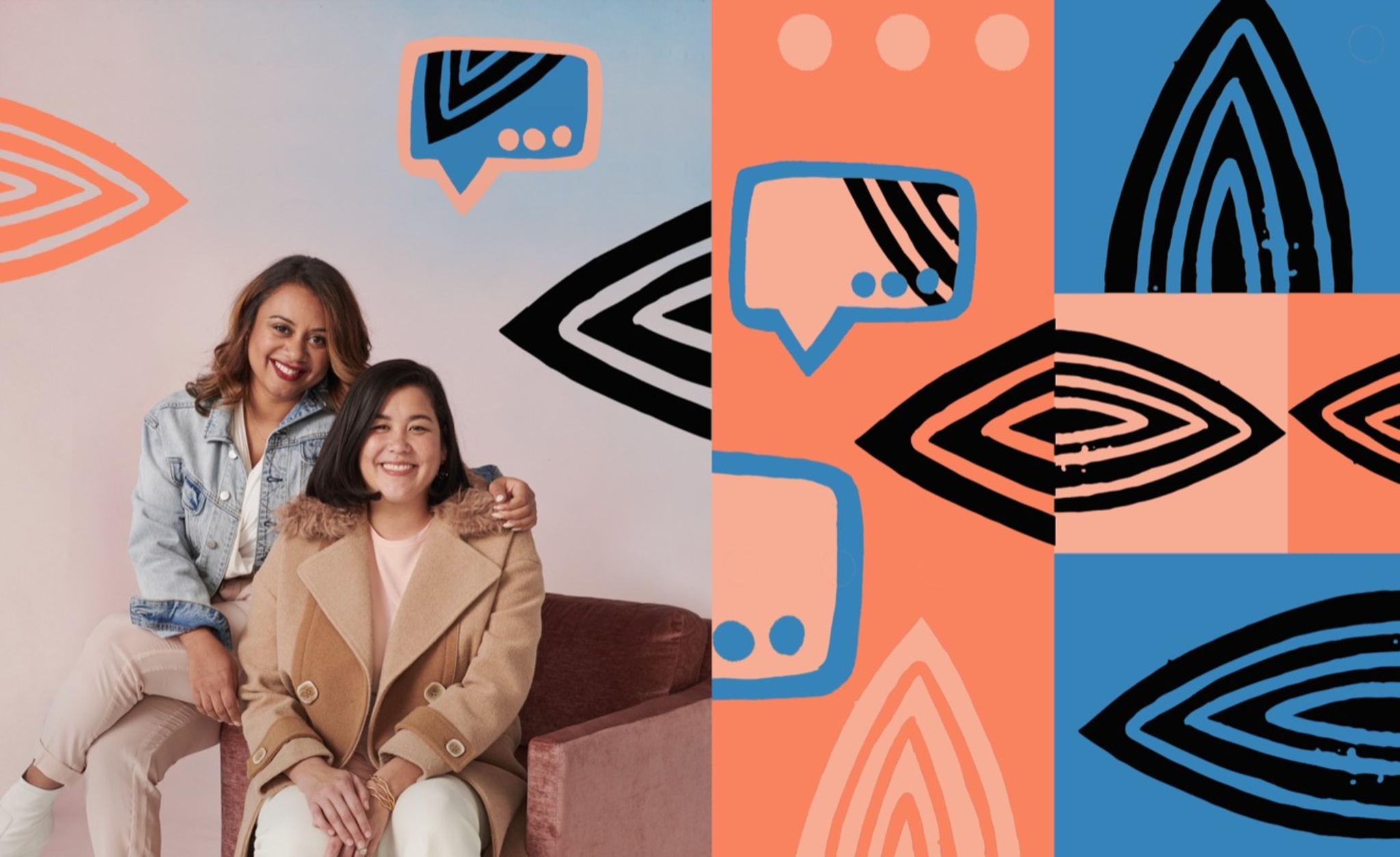 The secret of their self-care app’s success? Staying authentic.

Before creating Shine, a self-care app that encourages you to “accept who you are today,” co-CEOs Marah Lidey and Naomi Hirabayashi set a few ground rules.

Anything that felt “preachy, pricey, or presumptuous” was off the table too.

That foundation worked. More than 4 million users have signed up for Shine, with nearly one in three reviews describing the app as “life-changing,” according to Hirabayashi. 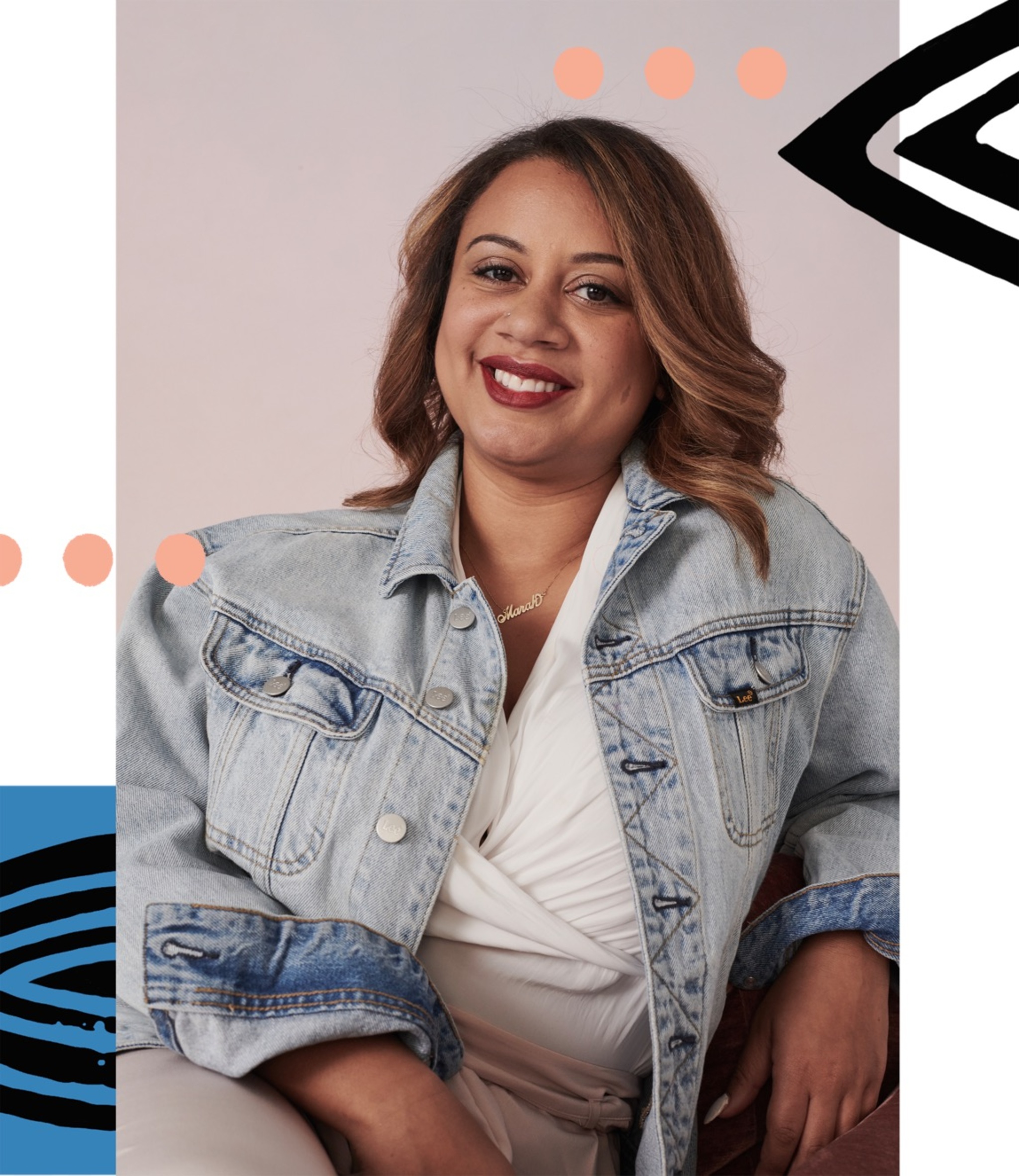 How do Lidey and Hirabayashi know their audience so well? They’re part of it — and have been for a long time.  The duo met in 2011 while executives at DoSomething.org, a nonprofit that helps young people transform their communities. The two started getting coffee, then lunch, then after-work drinks, creating what Lidey calls a “safe space to process the tough stuff.”   Over time, they came to see the “tough stuff” in a new light. “What we were going through wasn’t weird — it was human,” says Lidey.  Shine grew out of their desire to make that safe space bigger, to help others with issues ranging from building a credit score to dealing with giving feedback to employees. 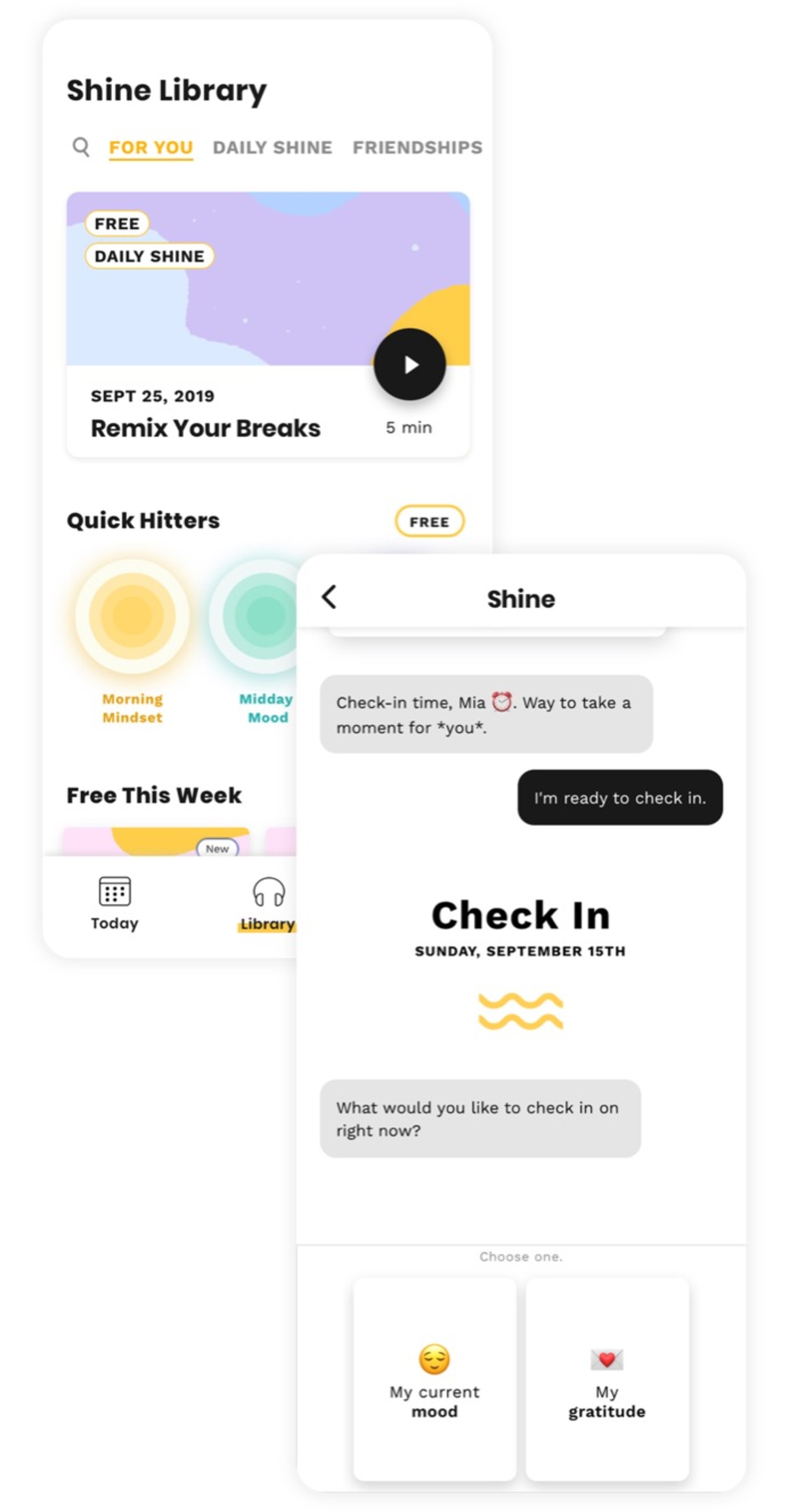 Check in with Shine via its chat interface and the app will serve up articles based on your responses (front). Check out the app’s Quick Hitters for talks tailored to different times of day.

The app launched in 2018 as an “accessible but aspirational” text-based coaching program. Its tone is chatty and friendly, like “the friend that has a psych degree,” says Hirabayashi. (Shine’s actual psych cred comes from therapist and corporate coach Anna Rowley, who helped develop the curriculum.) Using a chat-based interface, the app helps you see how you see yourself. (Hirabayashi, for her part, is a “Caring Critic” prone to “extending compassion outward, but often struggling to bring that compassion home,” she says.)

Today the app is rich with features. The Daily Shine is a podcast that Hirabayashi describes as a “secular sermon.” Challenges are short, multiday audio courses on specific goals like “Be More Direct” and “Let Yourself Have More Fun.” “Nightcap” is a collection of sleep stories that double as winking retellings of 2000s rom-coms (“The Devil Wears Pajamas”). “They’re meant to be boring and also a little cheeky,” Lidey says.  Through all the growth, the pair’s goal has remained the same. The idea isn’t to solve every problem, but to adjust how people approach them, says Hirabayashi. “What’s beautiful is that the pressure is to be authentic, not perfect.”