I successfully installed the 10.15 beta today and went to also grab Xcode11. Ambitious I know but I was enticed by the mousetrap that is SwiftUI.

I cleared out some old files to make space for the new Xcode image to decompress. However none of that disk space actually showed up as free in the Disk Utility. Much to the contrary actually. After several rounds of this, I have now managed to literally fill my whole disk with LORD KNOWS WHAT!

I suppose these are some sort of ghost/shadow images somewhere. I turned off "Optimize Mac Storage" On my iCloud settings. That didn't seem to fix anything.

The problem simply progressed until my disk filled. Disk is now full so I suppose that will stop the progression. Lol.

Note the install didn't fill the whole drive. I had about 10 gigs left at the end. But downloading the xcode zip brought me down to about 3 and then deleting files apparently brought me down to the megs. Now the only file space I have left to my name is on my icloud account.

I know this issue has been reported before on multiple releases. I don't know of a solve that works. I've tried a few. If anyone has a hunch let me know. Thanks.

It seems like those hidden Time Machine snapshots are stored in different locations due to the system partition change.

I'm having exactly the same issue.

Nothing so far helps.

About to attempt a re-install over the top to see what happens.

Same issue here. I have a suspicion that it's due to Time Machine, as I've seen something similar before when I've been away from my TM destination. The incremental backups that would normally go off to the backup drive get cached locally or something (my memory is a bit hazy on this), until you're able to connect to the TM backup drive again. This means that downloading/installing/deleting all this data is causing significant TM data storage for now. It's possible that completely disabling TM backups *may* help, but I'm really not sure. I *just* had enough space to upgrade both Mac and iPhone, so not going to try and mess with anything further until I get back to my TM server.

It seems like those hidden Time Machine snapshots are stored in different locations due to the system partition change.

Same problem here with space. My Mac got so full that it stopped being able to boot and now I am doing a clean install after wiping the partition.

Does anyone know does Macos 10.15 make a new volume in disk utility?

I'm seem to have Macintosh - Data now underneath Macintosh

Yep, it appears that there's a new readonly partition for the system itself to securely reside in. 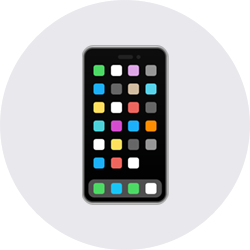 xkn thanks so much!! Did the trick. Nice work knowing the suave terminal commands there. Hope this thread helps lots of beta users get around this.

Just to be clear those are ok to delete ?, backup to external harddisk is failling btw

So is it Okay for me to wipe the data HD and still keep all my files. My computer will not load up at all and the only thing that works is recovery mode, but I can’t reinstall a new os because my hard drive is “full”. I really don’t want to loose all my files, but I’m wondering if I’ll be safe by erasing the “data HD”

I had the exact same experiennce. I had around 8 gigs free after downloading the Xcode beta, so I deleted probably around 50 gigs, but I am not regaining any space. I did not gain any space until I deleted the the oldest of the 6 snapshots that tmutil showed. That seemed to coincide with my installtion of Catalina.

Well now that I have space I'm off to install Xcode. I don't think I got back the space from the other files and apps I deleted so I'll have to hope that the snapshot space I regained was enough.

Thanks for the tip xhn.

You don't have to specify any path, this parameters shows every local snapshots that exists anyware on your system.

It is because localsnapshots being created, this is issue happening to everyone.

Remember, they will be created again as there is no way to disable them, and you wll be out of space on some hours or days, unless you disable Time Machine backups

You are a genius. That worked. 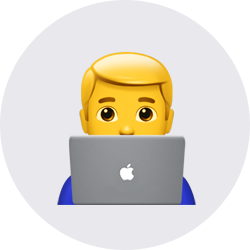