Why is Control Center on Monterey listening to port 5000 and port 7000? I have used these ports for years for local development, but now find them in use by Control Center. Is this worth filling a Feedback about?

This is apparently due to the new AirPlay functionality. Control Center stops listening to those ports when I turn off “AirPlay Receiver” in the “Sharing” System Preference: 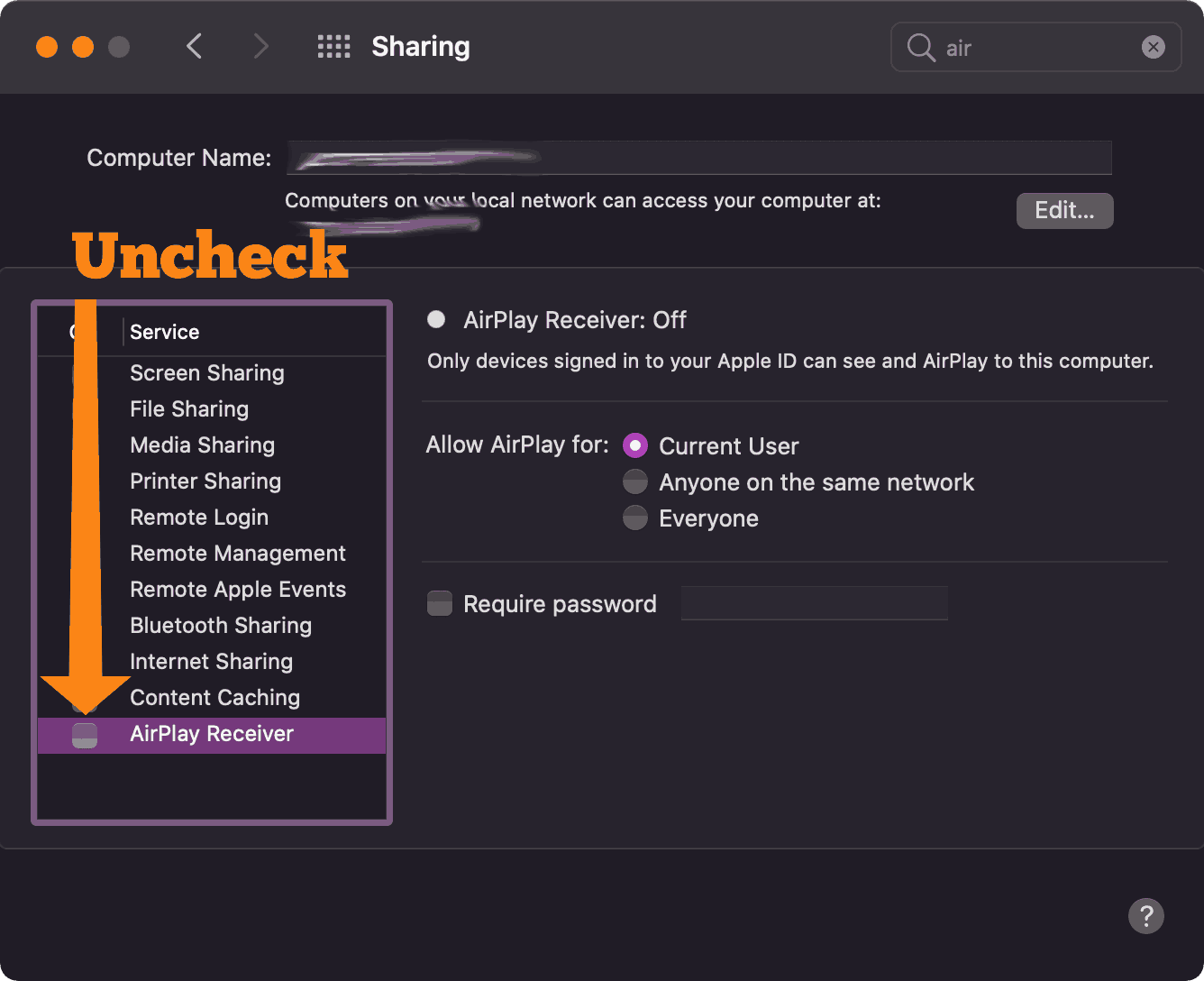 This is apparently due to the new AirPlay functionality. Control Center stops listening to those ports when I turn off “AirPlay Receiver” in the “Sharing” System Preference:

The good news is that this appears to fix issues with the HomePod Mini's connectivity and voice delay issues when using the speaker for Mac Mini.

Is it possible to configure the port that the AirPlay Receiver listens on?

The Remote Audio Output Protocol, AKA AirTunes, AKA AirPlay, has been using port 5000 since the year 2004. This is nothing new. All AirPlay receivers including AirPort Express and Apple TV use port 5000. If you've ever used Airfoil on your Mac (Airfoil Speakers was released in 2008), that also uses 5000 for the same reason. AirPlay receiving is new to macOS Monterey, but AirPlay itself is very old, predating Flask and these other web development environments. No, Apple is not trying to make web development difficult.

It seems that port number 5000 was never officially registered with IANA, and has many more conflicts. Can we kindly ask Apple to register their service ports and use IANA assigned ports in the future? https://en.wikipedia.org/wiki/List_of_TCP_and_UDP_port_numbers