Would love to get some insight from anybody else that may have experienced this.

I bought a 16-inch M1 Pro MacBook Pro in January. Installed the Monterey beta on it at the end of January. In February, I spilled a full cup of coffee next to it and brought it in for Apple Care repair.

They replaced nearly everything- from the logic board to the batteries to both cases and fans.

When I was restoring my time machine backup, migration assistant advised updating to the Monterey beta since that's what OS my backup used.

Accepting this prompt within migration assistant restarted the machine but did not complete the update. So I tried to update to the Monterey beta from within system preferences. This resulted in a boot loop and effectively bricked the computer.

I restored using Apple Configurator and DFU mode and have tried every possible permutation of updating to the Monterey beta only to receive the same result.

Does anybody know what could be causing this? 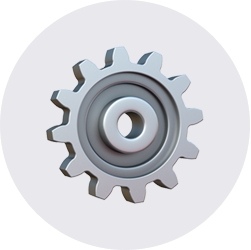 My MacBook Pro is still at the repair shop waiting for a second replacement logic board.

Does anybody who was experiencing this issue have theirs handy to test and verify this?

There is a firmware bug in Mac OS 12.3 that renders the update impossible to install on any 2021 14 or 16 inch MacBook Pro that has had it's logic board replaced.

I've submitted as many logs of all this to AppleSeed via Feedback Assistant, but I suspect this will take days to actually get to someone to can acknowledge the issue. In the meantime, there's going to be many bricked MBPs as most people won't have a second Mac to preform a revive, and even if they do, won't understand why that fails as it tries to load 12.3.

There's seemingly no point going to the Apple Store Genius Bar based on @sfriedrich's comments. They'll just do a logic board replacement again which will fail on upgrade.

Mine also bricked (16in 2021 MBP). I sent it in in January for water damage repair. Genius bar sent it out and was "repaired" in a day and sent back. All working now, except it's stuck not updating, and instead when I go to update and restart, it doesn't do anything, despite it looking like it installed the update... super weird! Tried Apple Config 2 at home and in-store, and was bugging out or erroring out every time. Hopefully, there's a fix for this soon. Tried Universal Control on my MBA, and it's AMAZING!

This MacOS update also bricked my MacBook Pro's MagSafe 3 charger logic board. So the Genius Bar just replaced it and everything works again.

...is there any update on this? Has anyone successfully updated? 16" M1 MacBook Pro with a replaced logic board here; luckily I searched before I tried to update.

Same story and I have got the first update failed. Now I'm trying everything to prevent my MacBook Pro 16" to restart and update himself to 12.3 at night.

Same here, but (based on my experience alone) I think it may have been an issue prior to 12.3. In late Dec 2021 my 16" M1 MacBook Pro failed to update from 12.0.1 to 12.1 with the symptoms above. Apple replaced the logic board. In March 2022, same issue occurred when attempting to upgrade to 12.3, Apple again replaced logic board. Because my user backups were still on 12.0.1, as was the freshly reformatted drive, when I attempted to upgrade to 12.3. again today it failed to install. Very glad I found this thread while 12.3. was re-downloading for the 3rd time, before I bricked it for the 3rd time!

Switching off automatic updates for now...

I am having exactly the same problems as TobyStokes but I did not replace the logic board. I hope Apple fixes this issue soon. I never had an MBP that has so many problems with updates.

Just got it back from AppleCare yet again (twice in one year for a brand new machine - FML) and it's on 12.2! It's like Apple knew and wouldn't update to the latest version, despite what the receipt says about "fresh install."

Now, i've got this notification that won't go away on software update and i don't dare try it again (i did it once when i got it back today - iBoot Panic again)

Same here, mine was brand new, no logic board replacement. 12.3 was not a beta, It was downloaded automatically by apple and I just accepted the installation, during the installation it showed an error "iBoot panic" installation failed, so I tried again and that bricked my laptop, I tried revive with apple configurator 2 and DFU mode several times and it failed, went to the store and they replaced the logic board with a new one that came with 12.1, I tried to upgrade again and after seeing the same iBoot Panic error I freaked!! so I restored the system and obviously I didn't try again it would brick the laptop again, now and I am waiting for a solution, this is stupid...

My MacBook Pro is still at the repair shop waiting for a second replacement logic board.

Does anybody who was experiencing this issue have theirs handy to test and verify this?

Did any of you above check to see under about this Mac if under serial number was showing unavailable? If so then the Apple Store could have failed to flash the replacement logic board with existing serial number which likely caused issues installing software update?

I am also assuming that's why Apple has not released any new betas due to complaints of logic board replacments causing bricked MacBooks?