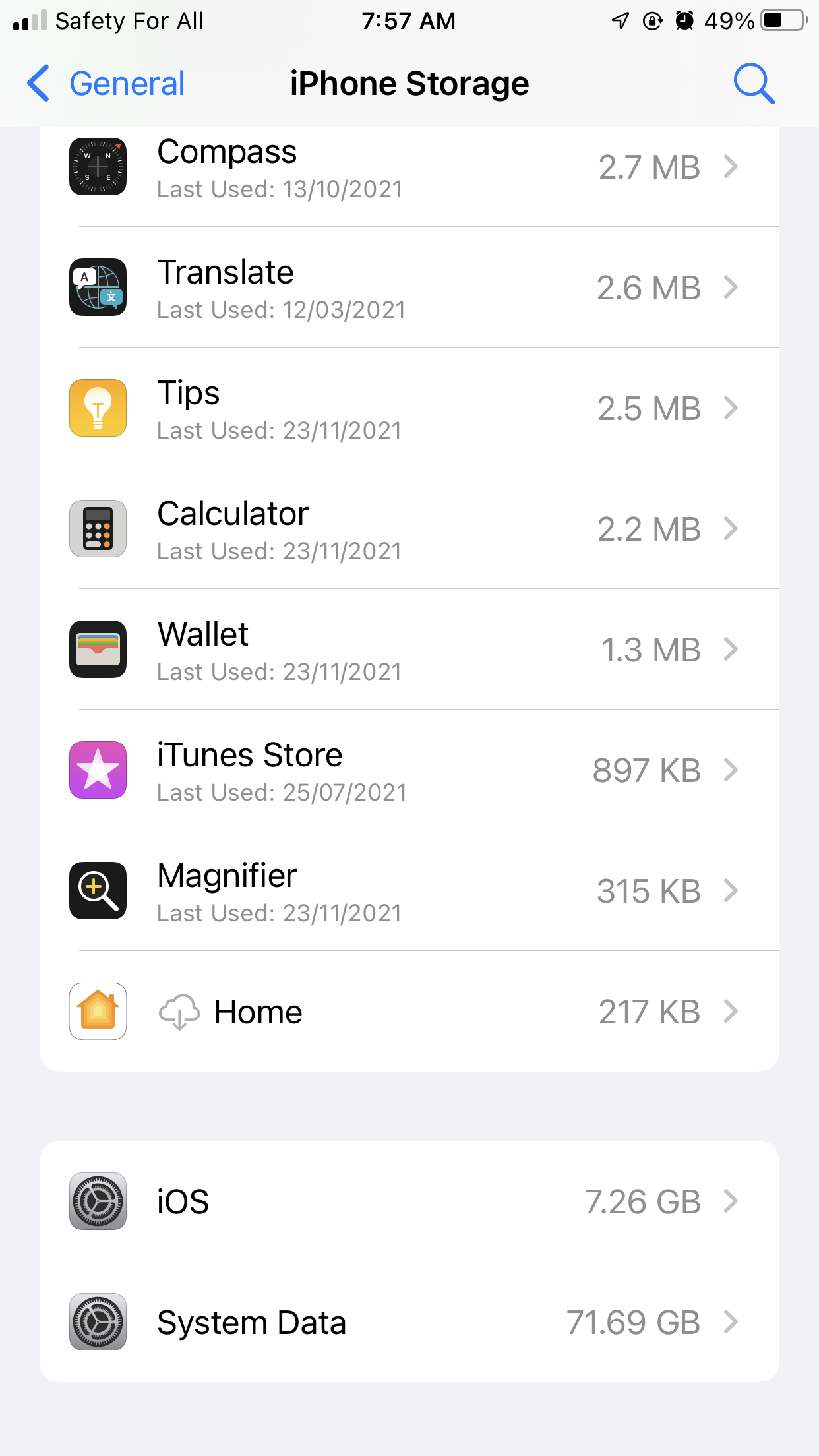 pls what’s going and how can i resolve this mess

Did you purge all caches, notably in Safari ?

Get details here on how to do:

Did you purge all caches, notably in Safari ?

Get details here on how to do:

it is greyed out

I appreciate your assistance, Thank you

Having the same problem and tried everything, except of reinstalling the phone. What brought some relief, was connecting the phone to the Mac via cable. It appears now, that my pictures are consuming now much less space and system data went up. In sum, it was nevertheless significantly less. Like from 2GB free to now 36GB free space.

The idea to delete Safari history/cache is from my point of view total mockery. How can Safari ever consume data in the range of 50GB and more? Don't get me wrong, but if I read something from "delete your browser cache" I stop reading. 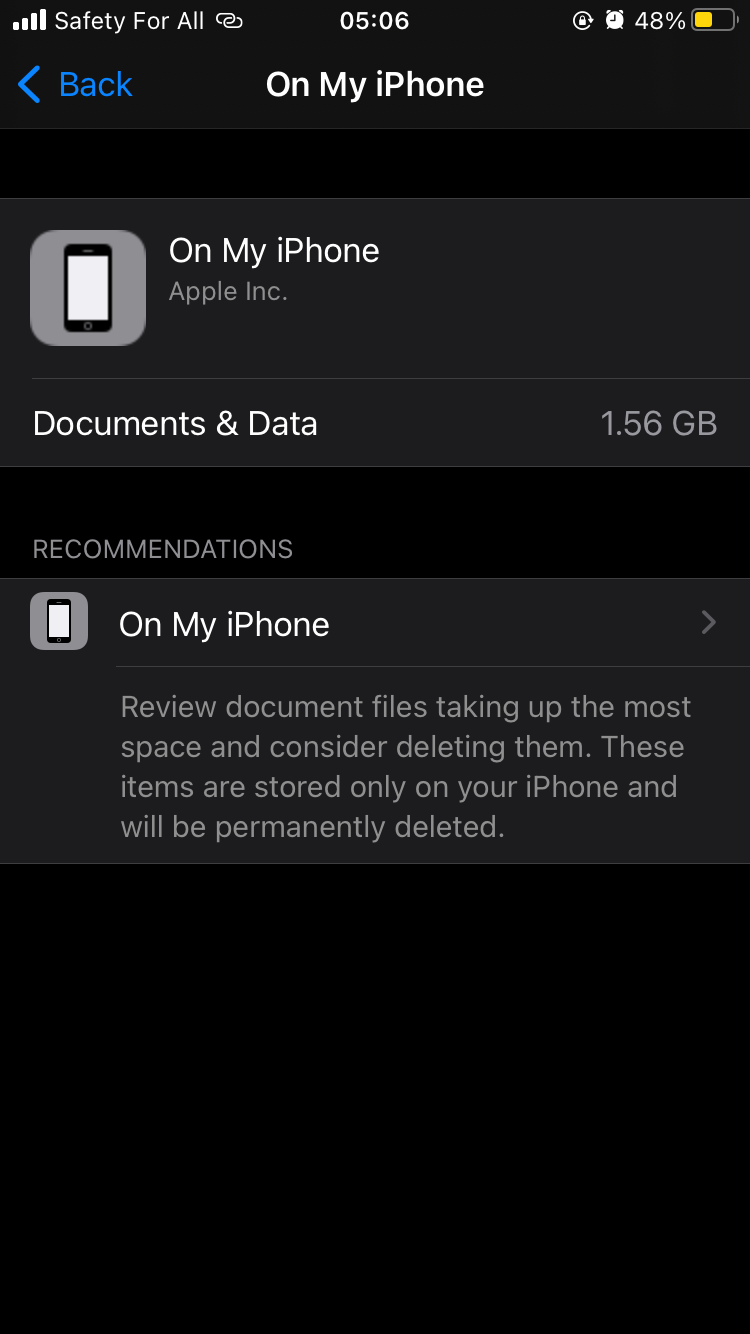 please how can i clear this. I’ve tried everything possible 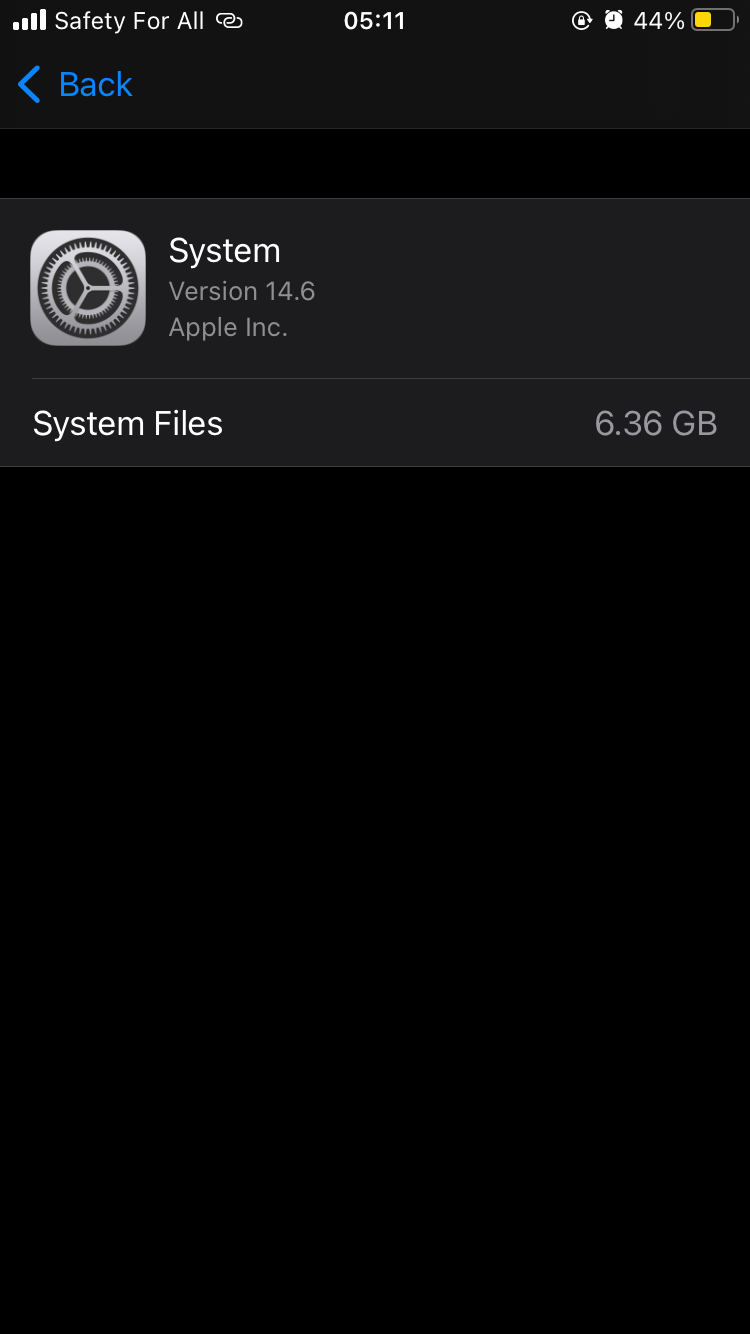 please how can I clear this?

I got to over 45gb of system data, I ended up deleting apps to make space until I was down to the essentials I use every day. Had to backup and wipe the phone. In the last week I was gaining about a gb every other day. Seems like an Apple problem and until they fix it we’re just going to have to wipe our phones when it gets to unmanageable levels.

this issue is making my iphone unusable. Ive complete wiped my phone 3 times over the last year and it just keeps coming back.

Maybe this will help someone - I had the same issue with System Data being over 50Gb on my iPad. And the culprit was actually a messaging app, Telegram, that had no limits set for storing media. It was so much clogged that I was unable to clear cache in-app, it would get stuck estimating the size.

In short, I have uninstalled the app, restarted iPad, installed the app and set the storage limits (cache was empty after uninstall). Then went into iPad storage options and was able to see how System Data is gradually decreasing from over 50Gb to around 10Gb.

So, if anyone is having similar issue it is probably some rogue/broken app that fills System Data with trash.

I’m still having this problem and nothing anything has said here has worked. I purged safari, I’ve gotten rid of apps I don’t need anymore, I’m fully updated, and it’s barely put a dent in the system data storage. I’m sitting at 25 GB. I have absolutely no idea would the issue could be.

I’m sick and tired of all this shit, nothing working for me, system data stuck at 48gb whilst my storage is 64gb