You’ve stopped watching this thread and will no longer receive emails when there’s activity. Click again to start watching.
Hi, I installed and update the macOS Big Sur latest available beta and after installation is done, It is showing me battery service required warning in my battery icon, My mac is new and it's been hardly 5-6 months and used casually.

capodac
Share this post
Copied to Clipboard
Up vote reply of capodac Down vote reply of capodac
Add a Comment
Well, I'm glad to know that I'm not alone with this. Since upgrading to Big Sur a week or two ago, I am seeing "Service Recommended" and that my "battery's capacity is significantly reduced". I have noticed that I am needing to charge it much more frequently, as well. Unlike others that have commented, mine is still working fine when it is plugged in, thankfully.

I wait for the big sur update and it doesn't work ... all same again .. SMC reset is not functioning I guess .. I am doing it but the computer is not turning on without unplug it , it's kind a stock after SMC reset... waiting for apple to solve it soon .. 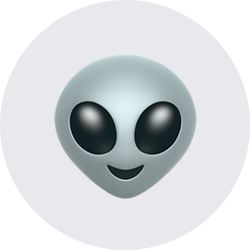 acunsal
Share this post
Copied to Clipboard
Up vote reply of acunsal Down vote reply of acunsal
Add a Comment
Same issue Apple ignore me
had appointment booked in U.K. for Christmas Eve they cancelled it now have one for Sunday if that’s cancelled I could go months with no MacBook. They refuse to even reply to me on Twitter
please if you’re in the U.K. report this to which just google which faulty product report and it’ll come up more that do the more likely Apple will take responsibility
they said I can mail it in but want to put a hold on my card of hundreds of pounds. Why should I when their update broke my laptop

disgusting never had an issue with Apple before but I won’t be buying from them again after this. Blatantly breaking folks laptops/computers and not accepting responsibility. Were sales slow this year Apple?! So thought I know we’ll break peoples laptops so they pay over and above for a fix or buy a new one and roll in some money.... jokers I will seek legal advice you jokers 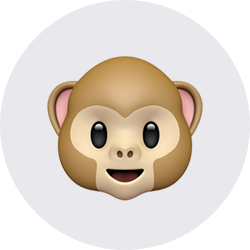 Apple support says buy new battery. Everything worked fine before last Catalina software update. Reinstalling Catalina, Mojave, Big Sur all to no avail. If it's an SMC firmware update issue though, I don't think rolling back the OS also rolls back the firmware. Big Sur 11.1 no help.

Lynn04
Share this post
Copied to Clipboard
Up vote reply of Lynn04 Down vote reply of Lynn04
Add a Comment
Merry Christmas. I'm having same issue with a Macbook Pro 2015, and Macbook Air 2015. After upgrading to Big Sur, batteries are draining faster, and a warning says a service is required :(

I am experiencing the issue. After upgrading, all of a sudden I got the battery capacity being reduced message. I cannot use my laptop as a laptop anymore.

APPLE, how will you solve this issue?

If my Mac goes dead, then I have to press a tonne of combinations just to get it to start - hold down SHIFT, CONTROL, OPTION + POWER for 15 seconds and then POWER.

If that doesn't work, hold down POWER for a 10 seconds, release and then hold down COMMAND + OPTION + P + R for 15 second, then press POWER
When it finally turns on, I have to reduce my screen and keyboard brightness, shut it off and then turn it back on again.

But I've lost faith in Apple. If I brought this into Apple, they would tell me that's it's a battery issue or some nonsense.

Apple has an amazing 'environment' and I used to love that they stood behind their products and the software wasn't glitchy.

End of an era, I guess. Quite possibly the next Blockbuster. Listen to your customers FFS. 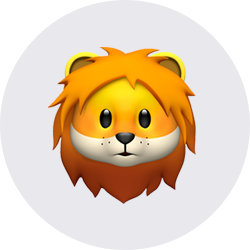 After I upgraded OS to version 11.1, the battery status changed to Service Recommended. The other strange thing is when the macbook is woken up, a red battery standing for recharging is presented on screen, and it cannot be woken up. However, after I connect it to power adaptor to wake it up successfully, the battery will show above 70%.

I went to Apple service today. The staff told me that the battery shall be replaced, and the cost should be paid. Because the battery is only one year of warranty time. Mine is bought last Sep. So frustrated on Apple.

JeffreyChen
Share this post
Copied to Clipboard
Up vote reply of JeffreyChen Down vote reply of JeffreyChen
Add a Comment
Same Issue. Sent MBP to Apple store and they asked me to replace the battery. I explained the issue happened after the upgrade to Big Sur, and requested for a downgrade to previous OS. They declined to do so, which I don't believe. It was horrible experience. Very disappointed at Apple!

pl03125602
Share this post
Copied to Clipboard
Up vote reply of pl03125602 Down vote reply of pl03125602
Add a Comment
Same issue after macOS Big Sur 11.1 update on my MacBook Pro 2016 13-inch. Battery shows 1%, Battery message and shuts down when unplugged. Will not boot back up until plugged back in. Question has anyone found if replacing battery fixes software issue with battery?

billellis61
Share this post
Copied to Clipboard
Up vote reply of billellis61 Down vote reply of billellis61
Add a Comment
Sadly I've been trawling several forums looking for an answer but seems there is none, other than the battery reboot which doesn't work btw. For what it's worth, this only happened directly after the 11.1 upgrade. Now the battery "chooses" when to charge so if I'm not careful it can shut down, EVEN IF ITS PLUGGED IN. I get the message that although it's showing the thunderbolt of charging, when I click the battery it says Battery Currently Not Charging.....