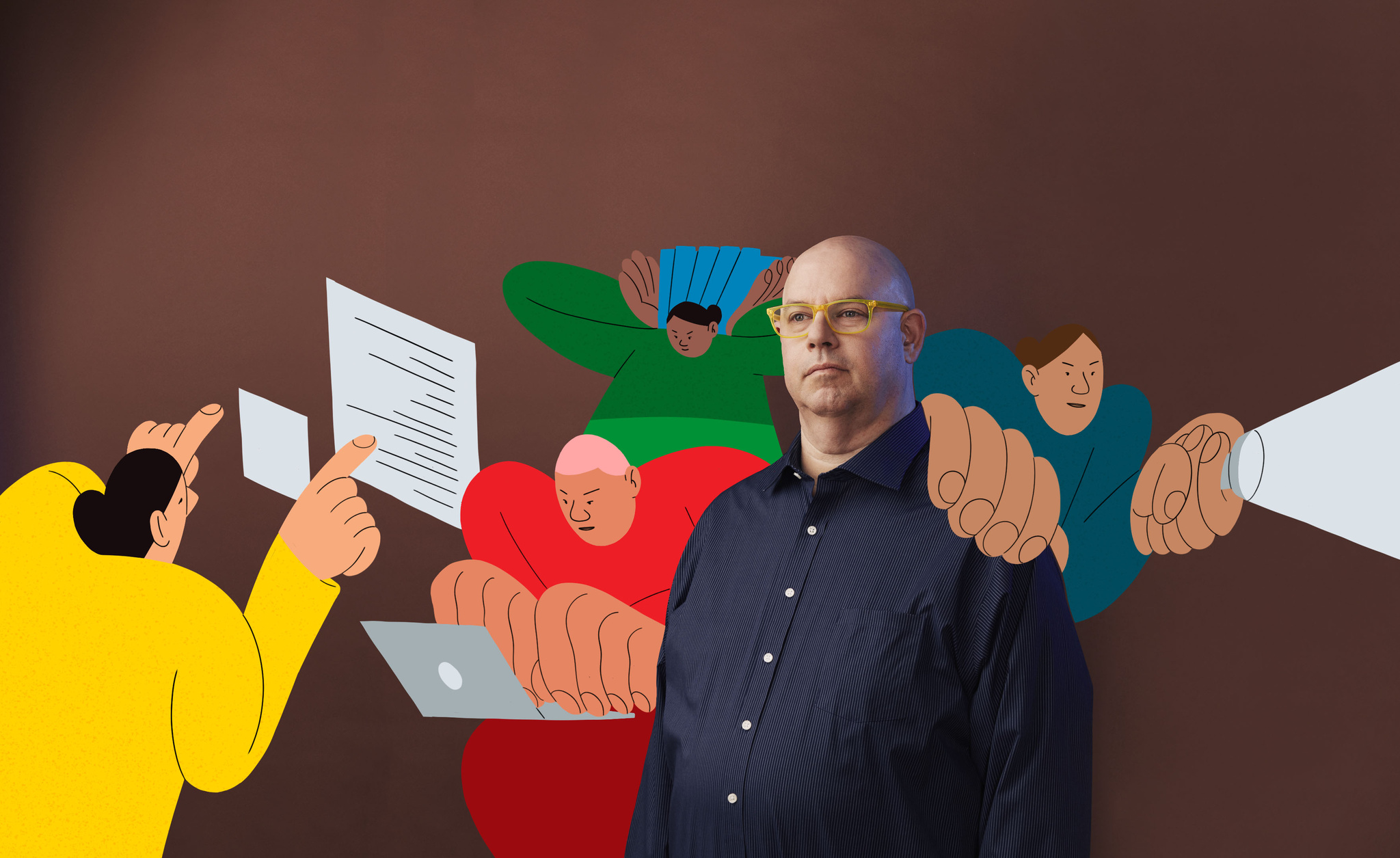 BBEdit may be one of the most beloved developer tools on any platform, but its creator, Rich Siegel, had relatively modest ambitions. He started writing the first version of the software back in 1989 because he needed an editor that could handle “large” files—something north of 32 KB.

“One of the limitations of Macintosh Pascal was that source files couldn’t be more than 32 kilobytes,” he explains.

Over a quarter century has passed since BBEdit’s commercial debut, and the app has become a favorite among developers, scientists, web designers, and writers alike for its sheer power and speed. (Siegel regularly tests 12 GB files these days.)

Siegel remains BBEdit’s principal architect and lead engineer, and the caffeine molecule tattooed on his arm says a lot about his work ethic. We spoke with him from his Bare Bones Software headquarters north of Boston, which Siegel shares with a pair of African gray parrots. 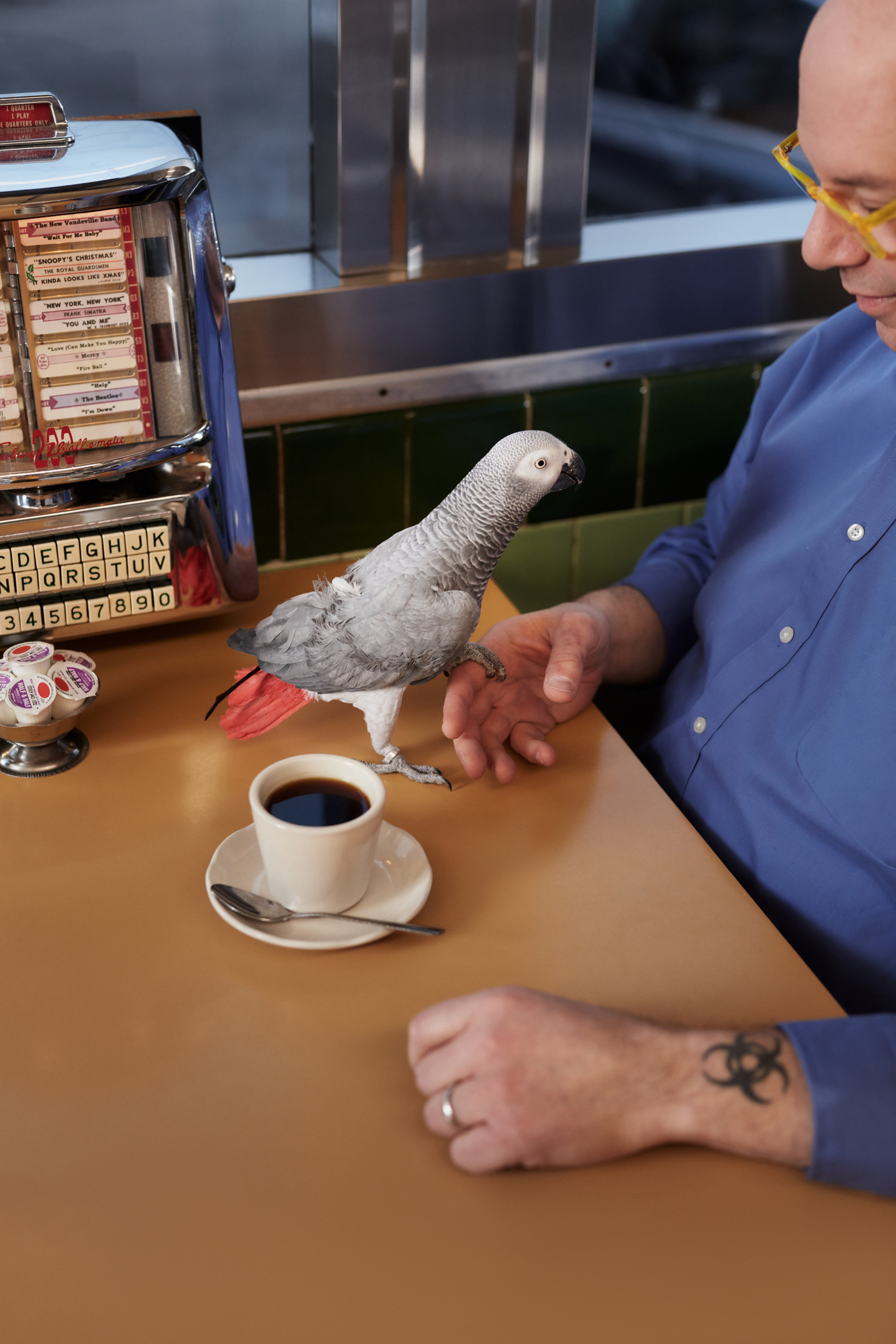 One of Siegel’s parrots perches on his finger at the table of a local diner with a tabletop jukebox in the background.

Developers, do you have an interesting story to tell? The App Store‘s editorial team would love to hear it!

Back then, the way to put Mac software out in the world was to submit it to the Info-Mac Archive, an FTP repository hosted by Stanford. So that’s what I did, and word started to spread pretty fast online.

I had mentioned that if anyone wanted a copy on disk, they could mail a floppy and a self-addressed return envelope to me at my home. I was inundated with floppies.

BBEdit has been around for a lifetime by software standards. How have you seen the user base change?

Our base started as Mac software developers, scientists, system administrators, and other technical users. The first big change was popularity among HTML authors and web back-end developers. As word spread, we were able to help folks understand that the internet was built with text—that you could treat text as data or you could treat it as a document. So the next wave brought in internet architects, cryptanalysts, and scientists from unexpected disciplines.

The third wave has been mostly writers and other content creators—folks who see their text not as data but as words, and who want as little as possible between them and their words.

However, as many changes as we’ve seen, there has been a delightful constancy to our customers: They’re people who simply want to get work done. They’re not distracted by shiny things in their software tools.

What are some of the more surprising projects you’ve seen people create with BBEdit?

There’s been so much! Our customers have used BBEdit to create novels, doctoral theses, and other long written works. One customer has used BBEdit as part of the development workflow to fly UAVs [unmanned aerial vehicles] the size of an F-16; the flight control system sends data to BBEdit in real time, where the engineers examine it, change it, and send it back to the aircraft in just a few seconds. And the Human Genome Project even uses BBEdit to help analyze long sequences of DNA. 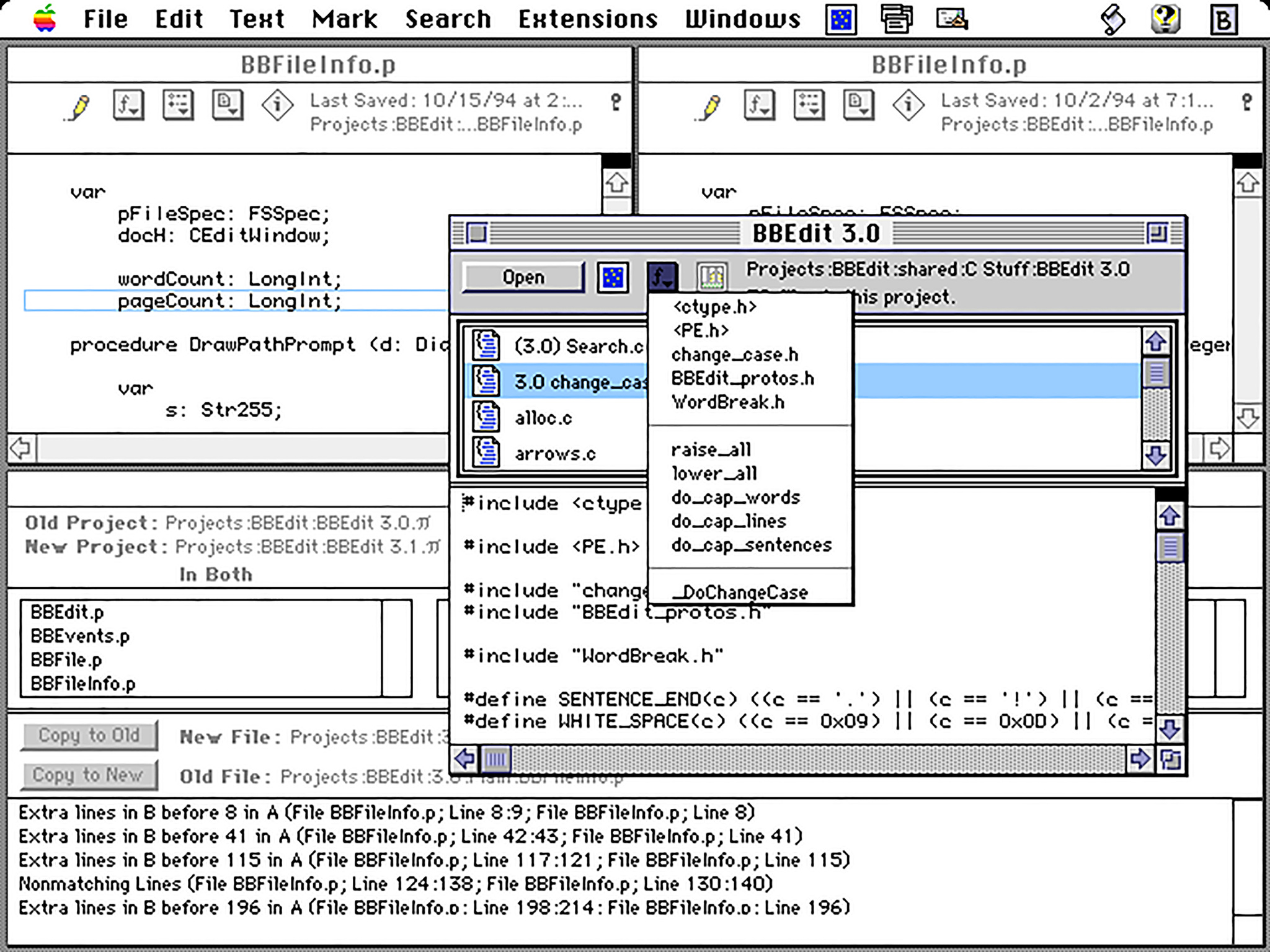 How has the software evolved over the years?

BBEdit has undergone one huge technical transformation after another. First there was the port to PowerPC. We developed an OpenDoc component, and some of the internal architecture work we did for that is still in use.

Then came a nearly complete rewrite of its internal architecture, followed closely by a port to Mac OS X—BBEdit was the first third-party application to run natively on that new OS—and then the port to Intel. Last year we finished rewriting BBEdit again, this time as an AppKit application.

In between PowerPC and OpenDoc, there was another development: the emergence of the World Wide Web. BBEdit had a plug-in model at the time, and two of our customers—one in the UK and one in Spain—independently wrote HTML markup tools. This was 1995, and we had no idea what HTML was, but we could tell that it was going somewhere. So we evaluated the tools, chose a set of them to bundle with BBEdit, and off we went. Little did we know...

BBEdit is one of the most beloved apps out there. Why do you think that is?

We’ve always had the utmost respect for the user. Every internal decision about look and function answers the questions “What does the customer need?” and “How can we help them be more productive?” (Not “How can we give them what they’re asking for?” because that isn’t the right question to answer.) The Macintosh was introduced to help anybody do great things. It’s something we believe in completely.