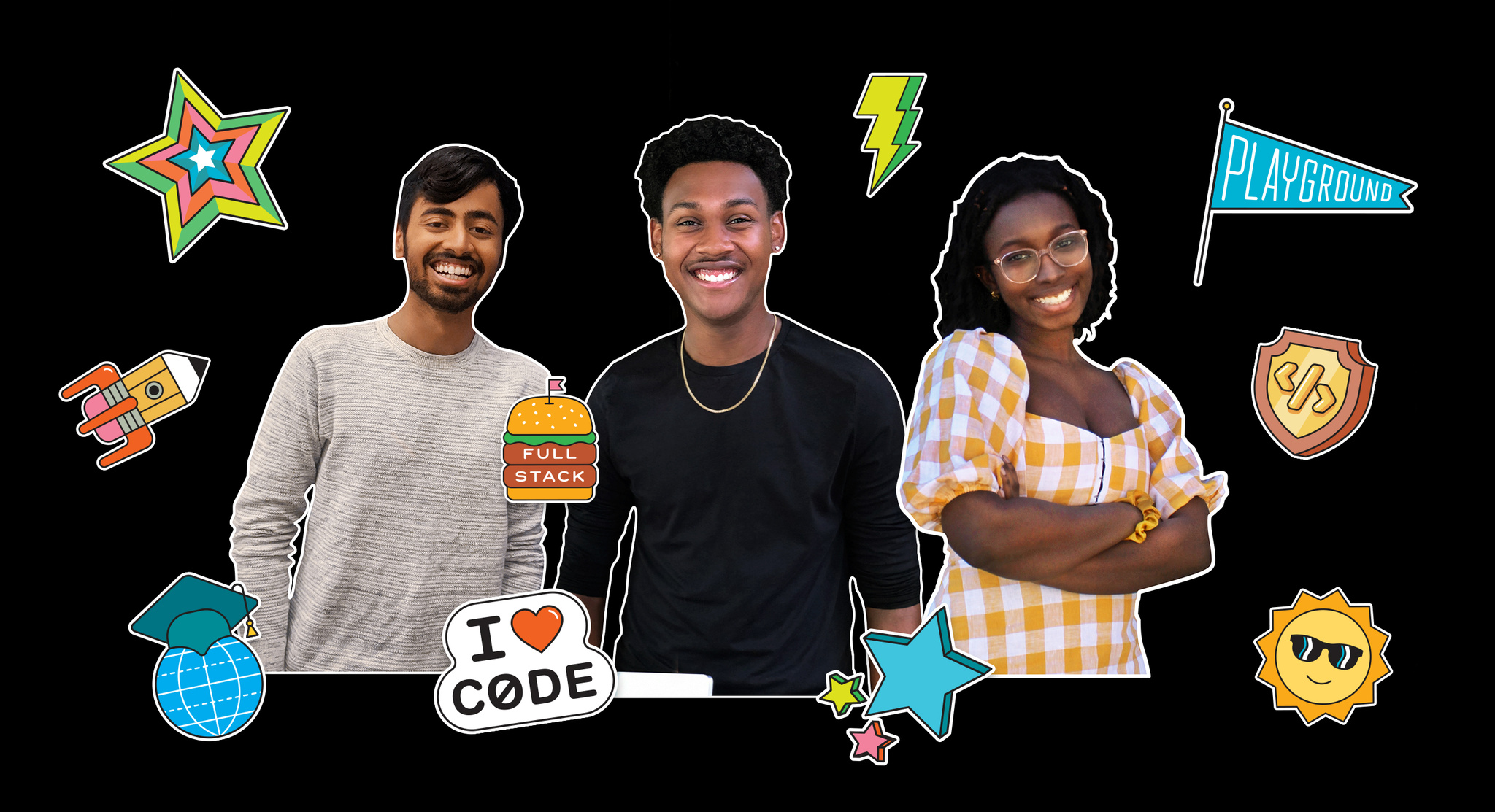 When the Apple 2020 Worldwide Developers Conference kicks off on June 22 in a new virtual format, a global community of 23 million developers will have the opportunity to join from around the world for free through the Apple Developer app and the Apple Developer website. Now in its 31st year, WWDC20 will bring together the largest group of innovators and entrepreneurs ever assembled to connect, share, and create.

Among them will be 350 Swift Student Challenge winners from 41 different countries and regions. The students were chosen based on their original Swift playground submission, part of Apple’s annual WWDC student challenge, which recognizes and celebrates the next generation of coders and creators.

They include Sofia Ongele, Palash Taneja, and Devin Green. These teens share a life goal best summed up by Ongele: “Make some tech and do a whole lot of good along the way.” All three view challenges in the world as opportunities to effect change. Every problem is a call to action — and they are answering, loud and clear. 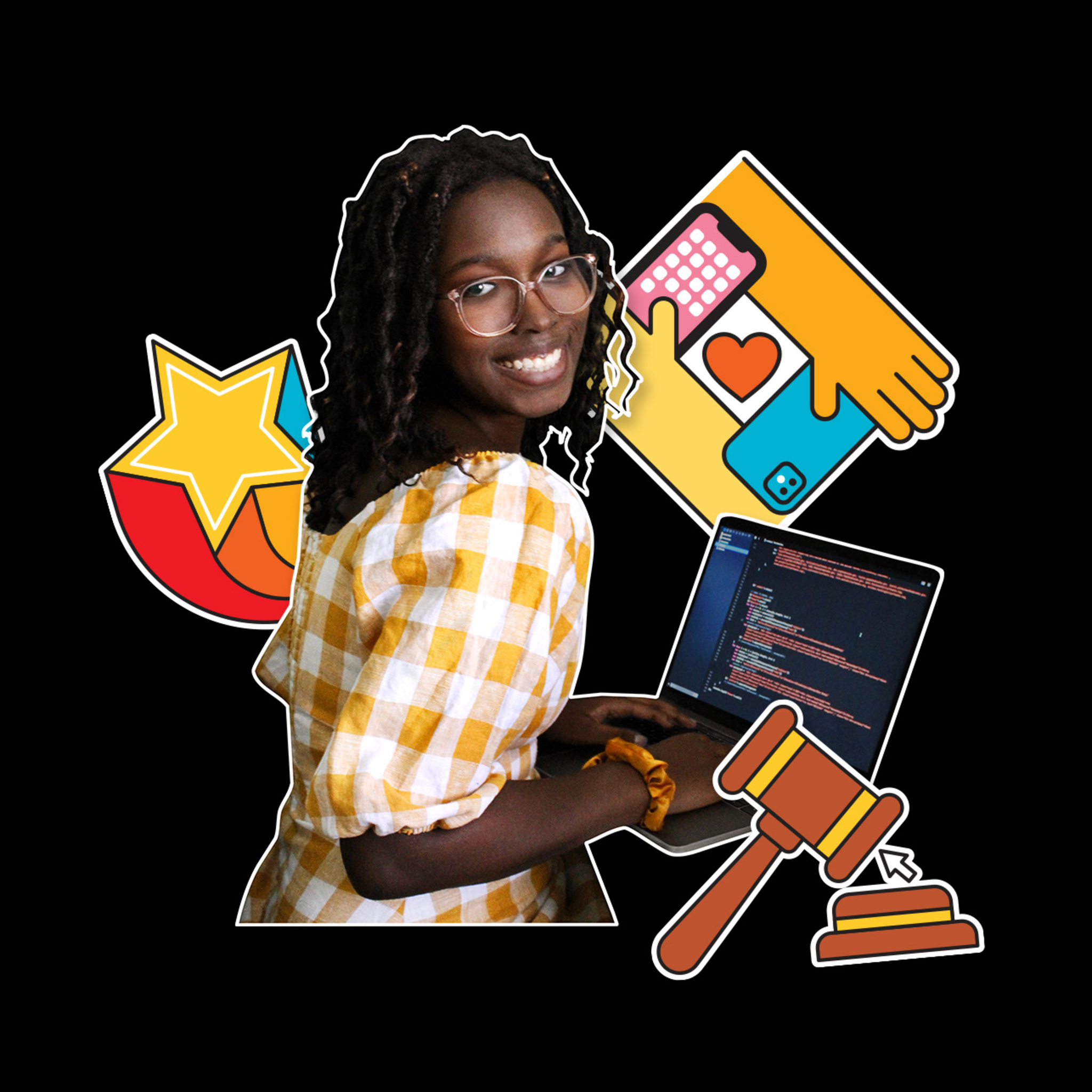 Sofia Ongele hopes to one day be a judge or run for political office.

For Sofia Ongele, 19, who just finished her sophomore year at New York’s Fordham University, her focus for change lies at the intersection of tech and social justice. ReDawn, her first iOS app, is a powerful example. After one of her college friends was sexually assaulted during her freshman year, Ongele created ReDawn to help survivors access resources in a safe, easy, and sensitive way.

“I wanted to make something that makes this process less isolating,” says Ongele, who has been approached by organizations that want to partner with her on the app. But the most important feedback she has received came from the friend who was assaulted. “She thinks it has the potential to impact people, and that’s what matters most to me.”

Ongele was introduced to coding in 2016 when she attended a Kode With Klossy boot camp, a free coding course for girls ages 13 to 18. Ongele says that learning to code transformed her world.

“There was a 180-degree paradigm shift within my brain — I was like, this is what I want to do,” says Ongele, who went on to teach with the program. “I’m so passionate about passing on that knowledge to more women, and women of color, so that they wouldn’t feel that this is a field that’s too out of reach for them to pursue.”

Ongele counts Supreme Court Justices Sandra Day O’Connor and Ruth Bader Ginsburg and Representative Alexandria Ocasio-Cortez as heroes, and is trying to decide between law school or politics — or both. Regardless of the path she chooses, she knows that her coding skills will be part of the journey: “At the end of the day, I just want to be able to use tech for social good.” 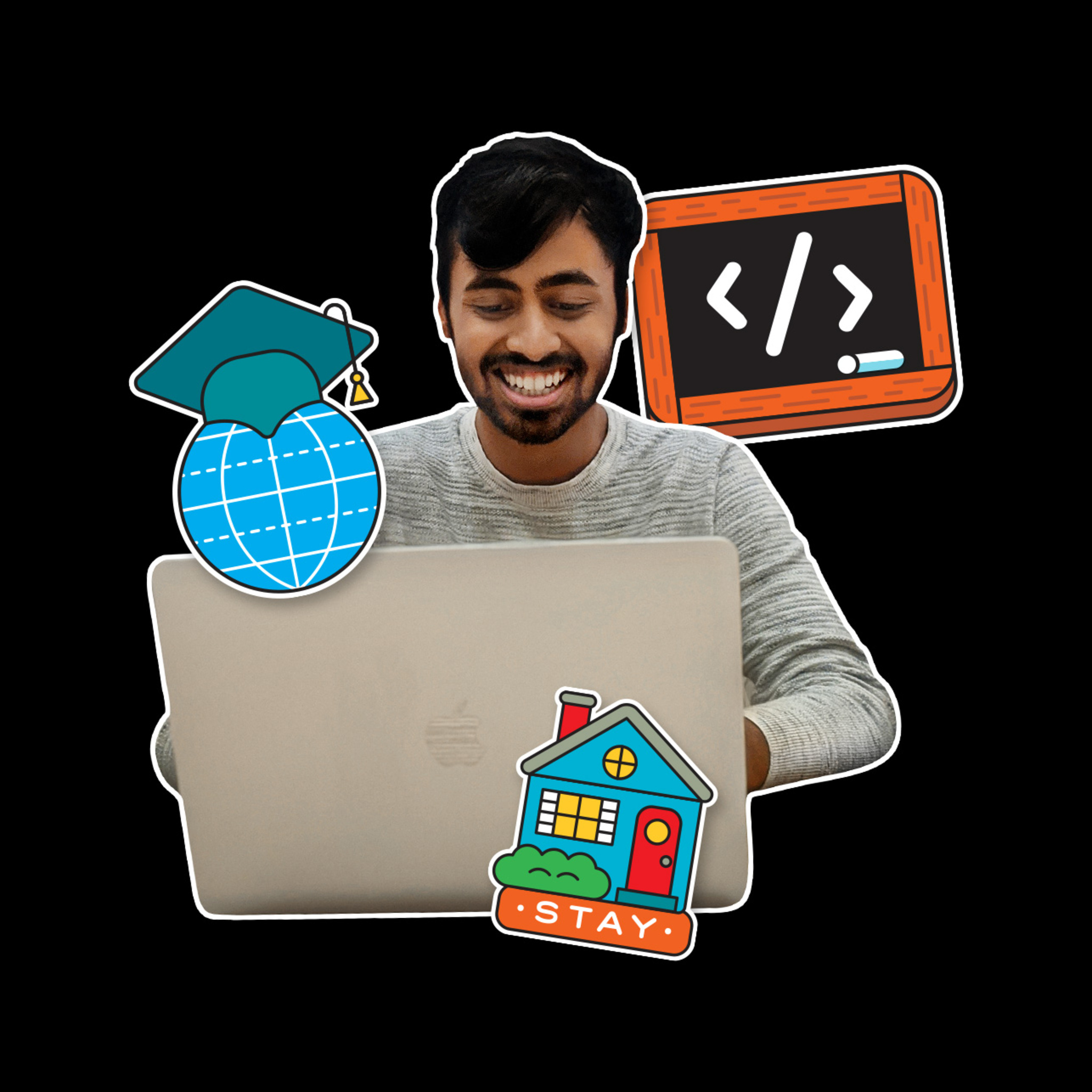 Palash Taneja drew on his own experience with illness to help others.

Palash Taneja, 19, grew up in New Delhi, India. Four years ago, he contracted a severe case of dengue fever, a mosquito-borne virus that left him hospitalized.

“That whole experience of two to three months of suffering — I think that really inspired me to learn programming and to use it as a problem-solving tool,” says Taneja, who just finished his freshman year at the University of Texas at Austin.

He went on to create a web-based tool that uses machine learning to predict how mosquito-borne diseases like dengue fever would spread. And for his Swift Student Challenge submission this year, created against the backdrop of COVID-19, Taneja designed a Swift playground that teaches coding while simulating how a pandemic moves through a population, showing how precautions such as social distancing and masks can help slow infection rates. He created it to help educate young people, after he saw others not taking warnings seriously.

Taneja is also passionate about education. In India, while still a teenager himself, he volunteered teaching English and math at a school for students whose families couldn’t afford to pay tuition. Before he left for college in the US, he created a program that translates popular online education videos into roughly 40 languages, so that children who don’t have physical access to quality education can learn on the web. “I really enjoy working with children, and I think education is one of the things that can create the biggest impact in someone’s life,” says Taneja, “especially someone in a developing country.” 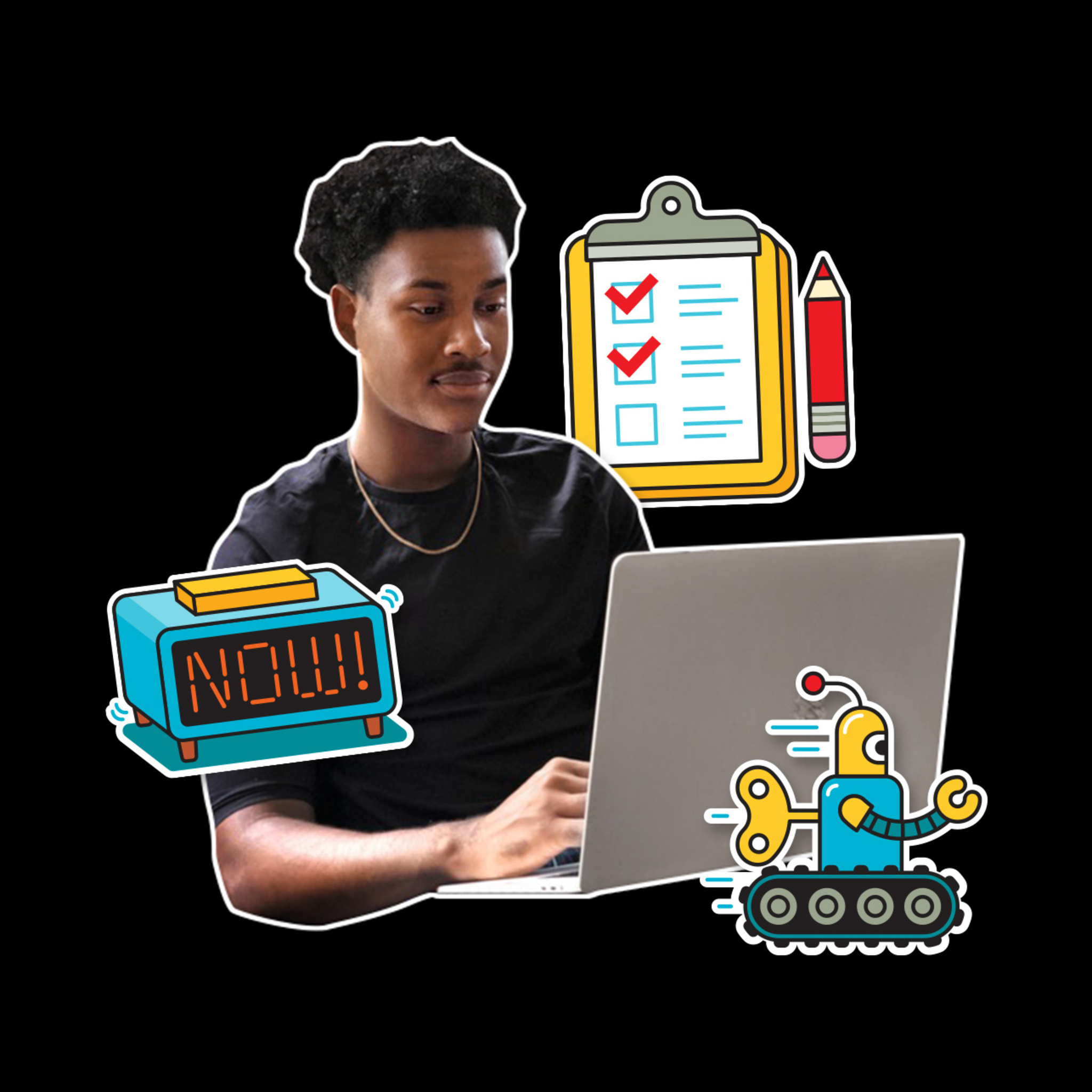 Devin Green’s apps and inventions are inspired by the world around him.

Devin Green loves solving problems with technology and looks to his surroundings for inspiration. While finishing his senior year of high school at home due to COVID-19, he used his bedroom in Castro Valley, California, as a laboratory.

The 18-year-old, who will start his freshman year at Stanford in the fall, was having trouble waking up in the mornings, so he designed a program using a pressure mat under his bed. If weight is still on the mat after he’s supposed to be up, an alarm goes off and won’t stop until he uses his phone to scan a QR code.

“There are 12 different QR codes around my house, and it’s randomized every morning,” says Green. “So I never know exactly where I have to go to shut the alarm off.” This same spirit of innovation permeates everything that Green creates. His winning Swift Student Challenge playground features an artificial-intelligence robot named Stanny that can recognize and respond to 63 different comments and questions.

Green also has two apps on the App Store, the first of which he built when he was 13. The second, called Slight Work, is a homework app that uses the Pomodoro Technique to maximize work time with structured breaks. He and his high-school classmates used it throughout their senior year, as did friends in college.

When Green thinks about the future, he hopes to use his problem-solving skills to effect change on a much larger scale.

“Social justice and politics are areas I really want to contribute to,” says Green. “Giving people access to the materials they need to stay educated about current social matters or access to voter registration or basic citizenship rights — solving those problems is really important to me.”

Apple is proud to support and nurture the next generation of developers through its annual WWDC student program — and it’s just one of the many ways that WWDC20 is recognizing and celebrating coders and innovators of all ages and backgrounds. For the first time ever, there will be a special collection of curated sessions perfect for budding coders and designers, and daily Swift Playgrounds challenges that anyone can participate in and enjoy.

Read the story on Apple Newsroom